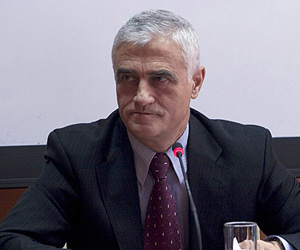 Bulgaria’s Energy and Economy Minister, Petar Dimitrov, assured Bulgarians Saturday that the country was fully prepared for an eventual gas crisis and would not end up in the January dire situation.

Dimitrov, who spoke in a special interview for Darik radio, confirmed a new gas crisis was not to be expected, at least for March, after the Ukraine made payments to Russia for all overdue amounts for gas deliveries.

The Minister reminded that Bulgaria now had contracts with Greece for the supply of 2 M cubic meters of gas and with Turkey – for 0,5 M cubic meters per day, adding that the supply process itself could be completed in a matter of hours.

Dimitrov further pointed out that the country was still in technology negotiations regarding gas connections with Greece and Romania.

The Minister stated that he had submitted an official request to Russian President, Dmitry Medvedev, for compensations in the amount of BGN 500 M for Bulgaria’s losses incurred in January, when Russia halted gas supplies to Europe via the Ukraine, but said he had not yet received any official answer from the Russian supplier.

Dimitrov commented that the gas supply contracts included a clause, providing that all gas volume that had not been delivered had to be compensated in the form of deliveries in a three-moth period.

“This deadline had not yet been reached, so the process is incomplete and the results unclear. We must wait for the end of the quarter to balance the books and then ask for reaction,” Dimitrov told the Darik radio political talk show host.