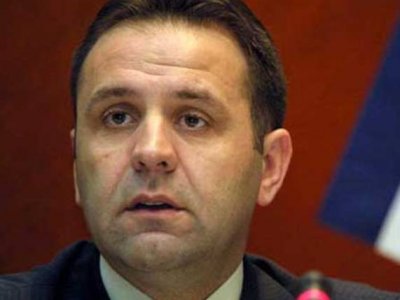 The bill, which now goes to parliament, is a key precondition for Serbia to join the European Union and its visa-free regime.

The Serbian government said on Friday it had amended an anti-discrimination bill following requests from key religious communities but that the draft still met international standards.

The bill, which now goes to parliament, is a key precondition for Serbia to join the European Union and its visa-free regime.

The original draft had sparked criticism from Christian, Muslim and Jewish religious communities over stipulations that ban discrimination of homosexuals and transgender people.

“We have reached a good law which eliminates discrimination and is in line with international standards,” Rasim Ljajic, Serbia’s Labour Minister, told a news conference. “I cannot say that religious communities will be too happy.”

Prompted by protests from the top clergy, the government last week withdrew the bill from the parliamentary procedure.

“The disputed article on sexual orientation is part of European standards,” Ljajic said. “This is an umbrella law banning discrimination, not a law protecting any single social group.”

Ljajic said the wording of the controversial articles 18 and 21 had been altered “but not the essence of the law”.

The amended draft now says that the conduct of priests and religious officials against homosexuals will not be treated as discriminatory if it is in keeping with church doctrine, faith or the purpose of a church or a religious community.

Human rights watchdogs strongly opposed the withdrawal of the draft from parliament, arguing that religious communities were meddling in state affairs and sexual minorities would face discrimination.

Under the Serbian constitution, religious communities are separated from the state, but top clergy from the Orthodox Church often influence political decisions.

The 250-seat parliament will discuss the draft law at its next session, scheduled for next week.