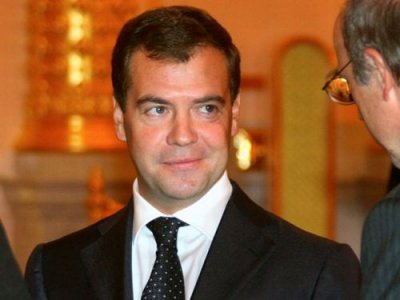 Medvedev said neither Russia nor the United States can tolerate `drift and indifference` in their relationship.

Russia and the United States should rebuild their relations and work together on key global issues, Russian President Dmitry Medvedev said in an article on Tuesday in the Washington Post.

Medvedev said neither Russia nor the United States can tolerate “drift and indifference” in their relationship.

Russian-U.S. relations came to a standstill last year amid disputes over U.S. plans to deploy elements of its anti-missile system in central Europe and Russia’s war in ex-Soviet Georgia.

The United States remains suspicious of Russia’s ties with Iran, while Moscow opposes Washington’s drive to grant NATO membership to Ukraine and Georgia.

“I believe that removing such obstacles to good relations would be beneficial to our countries — essentially removing ‘toxic assets’ to make good a negative balance sheet,” Medvedev wrote.

Medvedev is scheduled to meet U.S. President Barack Obama in London on Wednesday at the G20 summit. He said he was ready to begin rebuilding the relationship at their first meeting.

He said letters he exchanged with Obama earlier this year showed a mutual readiness to build relations in a pragmatic and businesslike manner.

“To begin with, we should agree that overcoming our common negative legacy is possible only by ensuring equality and mutual benefit,” Medvedev said.

He listed several areas for possible cooperation, including Afghanistan where a U.S.-led force is fighting a resurgent Taliban.

He said he agrees with Obama that disarmament should become an immediate priority. The 1991 Strategic Arms Reduction Treaty (START) expires in December. Differences have stalled work on a replacement deal.

Medvedev also said Russia and the United States could help lead the effort to establish universal rules and discipline in the financial system.

“The world expects Russia and the United States to take energetic steps to establish a climate of trust and good will in global politics, not to languish in inaction and disengagement,” Medvedev said. “We cannot fail to meet those expectations.”