EU To Consider Visa Free Travel For Balkans In `09 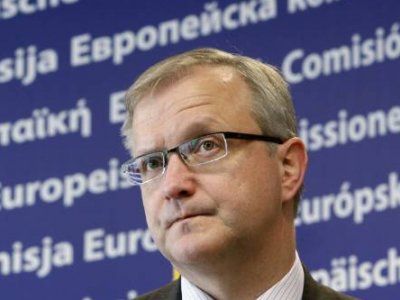 The European Union may decide this year on offering visa-free travel to citizens of some Western Balkan countries and on opening membership talks with Macedonia, the EU’s enlargement chief said on Tuesday.

Enlargement Commissioner Olli Rehn also said Croatia could still wrap up entry talks with the EU this year if its border dispute with EU member Slovenia was swiftly resolved.

Speaking at the European Parliament, he said that despite general fatigue with enlargement in the 27-nation EU, the executive European Commission might recommend in the first half of 2009 lifting visa obligations for some Balkan countries if they carry on with reforms. EU interior ministers could then take a final decision by the end of 2009, taking into consideration the countries’ progress in fighting organised crime, availability of biometric passports and efficiency of border controls.

“We want to move further on visa free travel. This is very important for the citizens of Western Balkans,” Rehn told the European Parliament’s foreign affairs committee.

It remains unclear if EU governments will scrap visas for the countries, diplomats say, as the economic crisis has made rich European countries wary of migrants and foreign workers and less eager than before to promise easier travel arrangements.

Western Balkan countries — Albania, Croatia, Serbia, Montenegro, Bosnia and Herzegovina and Macedonia — have been given EU membership prospects, but the crisis has reduced appetite for enlargement.

“Let’s not make enlargement the scapegoat of economic recession. The crisis originated on the Wall Street rather than the main street in Zagreb,” Rehn said, referring to the capital of Croatia.

He said the Commission might propose this year that the EU start accession talks with the Former Yugoslav Republic of Macedonia if it implements political and economic reforms, especially on fighting corruption.

“If it meets agreed benchmarks, we may consider recommending opening accession negotiations in the course of this year,” said Rehn.

He urged the governments of Slovenia and Croatia to resolve their border dispute, which is blocking the latter’s progress in negotiations to join the EU.

“Croatia is still on track to conclude accession negotiations this year,” Rehn said.

Asked if Croatia and Slovenia have responded to the Commission compromise proposal on ending the dispute before Tuesday’s deadline, Rehn said: “It’s work in progress.”

Some EU ministers said at their meeting over the weekend that the political crisis in the Czech Republic, which holds the EU’s rotating presidency, and the economic slowdown were threatening the bloc’s enlargement plans.

The fall of the Czech government may derail its efforts to ratify the EU’s Lisbon treaty on institutional reforms, which many countries see as indispensable for further enlargement.