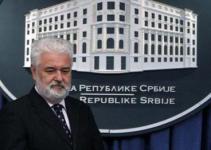 Trade Minister Slobodan Milosavljevic told a B92 TV talk show last night that a new solidarity tax which has caused public uproar could be introduced but is “only one of the measures considered”.

Prime Minister Mirko Cvetkovic, in the presence of International Monetary Fund representatives, announced that the government had decided to save money by taxing income above 12.000 dinars (EUR125) by six per cent.

Today, all Belgrade newspapers report that the Cvetkovic cabinet is preparing “a new arrangement with the IMF that would drop the solidarity tax”.

The idea to introduce the tax has caused uproar in the country, with unions announcing protests, and now the government is mulling taxing only those employed in the state administration and public sectors who earn more than the state average of 31.121 dinars per month.

Another idea is to lay off extra employees at the government and across the entire state administration, and cut public sector management expenses.

The newspapers say that agreement on this was reached over the weekend between Cvetkovic, one of his deputies and Economy Minister Mladjan Dinkic, while President Boris Tadic and Governor Radovan Jelasic have been informed about it.

First Deputy PM Ivica Dacic, who is also the leader of the Socialists, commented on another idea heard recently – to cut the number of ministries in the cabinet – by saying that, although good, it was “discussed in the media more than in party meetings”. “It’s a good idea,” said Dacic, “but I’m not sure it can be done.”

The Association of Independent Unions of Serbia, AIUS, announced on Friday it will organise demonstrations if the government goes ahead and introduces new taxes. The AIUS statement claimed that the government’s announcement that it would raise income taxes violated the Agreement on Development of Social Dialogue, which envisages that problems be solved through dialogue.

The decision on taxes was made without prior consultations with the unions and other social partners, the statement said, adding that such a move would shift the burden of the crisis to those gainfully employed and to citizens generally.

The Association of Taxpayers asked the state to look at the issue of salaries in public companies and the huge administration, instead of “only thinking how to fill the budget with the citizens’ money”.