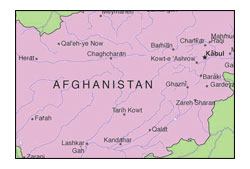 Kabul – The United Nations office in Afghanistan Monday condemned the assassination of a woman provincial legislator in southern Afghanistan by Taliban militants. Sitara Achikzai, who was aged in her 50s, was shot dead Sunday afternoon by Taliban fighters riding on motorbikes outside her home in Kandahar city, the capital of Kandahar province.

The UN Assistance Mission in Afghanistan “condemns in the strongest possible terms the vicious and deliberate killing of the provincial legislator Sitara Achikzai,” Nilab Mubarez, a UN spokeswoman told a press conference Monday. “Those responsible for this callous act have clearly shown their disrespect for the true Afghan traditions and there is no justification for such a cowardly act,” she said.

“Achikzai was a committed and brave woman who served in her country without fear in one of the most volatile areas of Afghanistan,” Mubarez added. A dual Afghan-German citizen, Achikzai spent years in exile in Germany with her family and returned to Afghanistan following the ouster of the Taliban’s ultra-Islamic regime in late 2001.

Achikzai and her husband, a doctor and university lecturer, came back to Afghanistan to work in Kandahar province, while their son and daughter live in Germany. Afghan President Hamid Karzai condemned the attack and said “the enemies of Afghan people should know that they can not stop the process of peace and stability in the country by killing of those who truly serve this country and want it to stand on its own feet.

“Karzai ordered the security forces in Kandahar province to arrest the assailants and bring them to justice. Taliban spokesman Qari Mohammad Yousif Ahmadi took responsibility for the attack, saying their fighters killed Achikzai while she was returning to her home in Mullah Alam Akhan area of Kandahar city. Ahmadi did not give any reason for the assassination.

The Taliban had banned women from going to schools or to work outside their homes when they ruled Afghanistan from 1996 to late 2001. Taliban militants were responsible for the murder of a top female police officer in Kandahar province last year and were also blamed for the assassination of the head of the provincial women’s affairs department in Kandahar city in 2006.