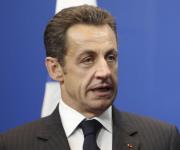 The European Commission on Monday will present its progress report on visa liberalisation in the Western Balkans, which member states will discuss on May 25.

The report is expected to point to Macedonia’s leading position in the region regarding meeting necessary preconditions and it is expected to propose lifting visa requirements for Serbia and Montenegro as well.

Observers say abolition of the visa requirements could take place somewhere within the first half of next year.

During their meeting Gruevski also urged Sarkozy for greater support for his country in NATO and EU accession, local media report.

Regarding the ongoing Athens-Skopje name row that has left the country outside NATO, Sarkozy was willing to offer ”help in bridging the differences and finally resolve the problem to enable Macedonia to move forward,” Gruevski told media.

France is seen as being closer to Greece. Athens clearly stated that it will not allow Macedonia to enter NATO and the EU if the country refuses to change its formal name.