1-in-3 Muslims in Europe Feel Discrimination 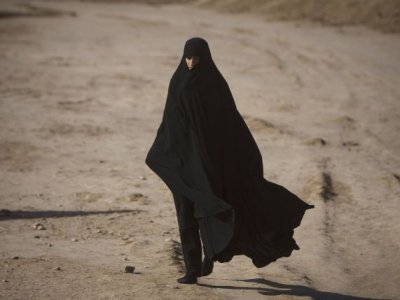 About 31 percent of Muslims in the European Union feel they were discriminated against in 2008, according to an EU survey of 23,500 members of ethnic minorities and migrant communities published on Thursday.

Ten percent of Muslims who experienced prejudice believed this was solely due to their religious beliefs, while over half felt that their ethnic origin was the grounds for the discrimination, according to the survey by the EU’s Fundamental Rights Agency.

The report, which collates the opinions of Muslims living in 14 European countries and minorities in general from the 27 EU member states, found that up to 81 percent of interviewees did not report discriminatory acts they suffered.

“Nothing would happen or change by reporting,” was the overwhelming reason given by interviewees for not reporting the offences, followed by “Its normal, it happens all the time,” according to the report.

A fifth of Muslim victims were concerned about possible negative consequences if they reported the discriminatory acts.

Anti-foreigner and anti-Muslim rhetoric and in some cases violence has increased in several countries in the run up to the European elections and some analysts are forecasting a swing to the xenophobic right in European parliamentary elections from June 4-7.

The report also reinforced recent claims by rights groups that police stop and search individuals on the grounds of their ethnicity.

Two fifths of Muslims who said they had been stopped by police in 2008 said that it had been on the grounds of their ethnic origin, with accusations of ethnic profiling from North Africans in Spain or Italy reaching over 70 percent.

The report calls on European policy makers to create “adequate mechanisms for reporting and recording discrimination and racist crime”.

It also said member states should assess whether ethnic profiling by the authorities “Effectively increases the identification of criminal activity or alienates and discriminates against Muslim communities.