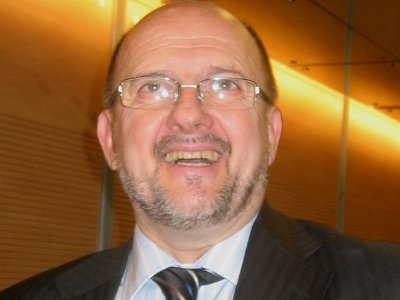 “It is always smart to unite against a common enemy, and that is Croatia who has border disputes with everyone. With Slovenia, Serbia, Bosnia Herzegovina and Montenegro” said the head of the Slovenian National Party, Zmago Jelincic, in an interview for the Frankfurt “Vesti”, the Serbian Diaspora paper.

He added that he considers that when Croatia is faced with four fronts, then Europe will see that it is a big problem and needs to be solved at the level of the European Council and EU.

“The border issue is only possible to be solved peacefully via an international conference, because if it is not done in that way, then weapons will fire” said Zmago.

Remember, Jelincic’s party started the initiative for an international peace conference that would solve the border issues, which would encompass all of the former Yugoslav nations, besides Macedonia, which was not affected by the war during the 1990s, or Kosovo, which is an internal issue of Serbia.

In an interview for Vesti, Jelincic tried to scare the Serbs with the perspective of a Croatian blockade of the Serbian negotiations with the EU.

“Be thankful that Slovenia is blocking Croatia’s entry into the EU, because if the Croatians enter, Serbia can forget membership, because the Croatians would block Serbia, Bosnia Herzegovina and Montenegro” said Jelincic. He added that Croatia has territorial pretentions towards west Srijem and Boka Kotorska, which they have started to call the bay of saints.