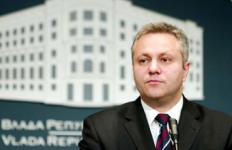 Serbia and Turkey have signed a bilateral economic free trade agreement at the annual economic summit in Istanbul, which will take effect on January 1, 2010.

The deal allows Serbian exporters to sell their products, free of customs, to the huge Turkish market.

A formal statement issued by the Serbian Ministry of Economy stated that the agreement would be to Serbia’s advantage, as the deal would be implemented in accordance with an ‘asymmetric trade liberalisation model’ that favours Serbia.

This trade deal is in line with Serbia’s overall economic strategic goal of signing free trade agreements with as many countries as possible.

Expecting to bolster trade relations with Serbia, Turkey seeks to enable both countries to export or import goods without paying customs taxes – a key move in developing Serbian-Turk business investments and promoting and sustaining commercial ties in a crucial time of global financial crisis.

The Foreign Trade Undersecretariat initiated free trade agreement talks with Serbia in the first half of 2007 at the International Economic Forum in Istanbul.

Dinkic said the trade deal was an excellent opportunity for Serbian exporters, who will be able to export goods, tax free, to the Turkish market of 75 million, starting from January next year. The liberalisation process for Serbia will take place in three phases, culminating in 2015.

Serbia has plans to export all kinds of industrial products under the deal, while Turkey plans to focus on Serbian agriculture, textile and metallurgical sectors.