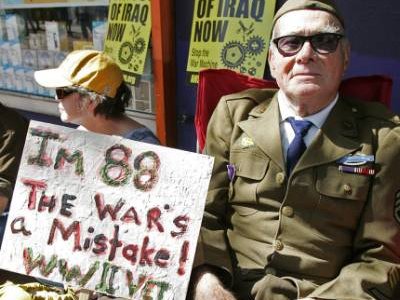 Poland demanded an explanation from Russia on Thursday after an article blaming Warsaw for starting World War Two was published on the Defence Ministry’s website, setting back attempts to improve strained ties.

Relations between Poland and Russia have been frayed since the former communist bloc country left Moscow’s orbit at the end of the Cold War, although as recently as last month both countries restated their desire to become better neighbours.

The 4,000-word article by a military academic said Poland had triggered the war by refusing to meet Hitler’s demands.

“Germany’s demands were pretty modest — to include the free city of Danzig (Gdansk) in the Third Reich and to allow the construction of an extra-territorial motorway and a railway, which would connect East Prussia with the main part of Germany.”

“One can hardly call the first two demands ungrounded,” wrote Colonel Sergei Kovalyov of the Russian Defence Ministry’s Institute of Military History on its website www.mil.ru.

The Defence Ministry declined to comment on the article “Fabrications and falsifications about the Soviet Union in the run-up to and start of World War Two” published on its website.

Poland’s Foreign Ministry spokesman Piotr Paszkowski said that exotic interpretations of history sometimes appear in Russia. “But this time it resurfaced on the official web page of Russia’s Ministry of Defence and we will ask the Russian ambassador to Poland for explanations,” the spokesman said.

“We understand that such views in no way represent the mainstream of Russia’s historical thinking,” he said.

The massacre of Polish officers at Katyn by the Soviet Union remains another historic sore point that hinders efforts to improve economic and political links, such as a meeting last month between the foreign ministers of both countries.

Russian President Dmitry Medvedev on May 19 announced plans for a history commission to review what it perceives as an anti-Russian view of 20th century history, raising fears amongst some historians that criticism of Soviet dictator Josef Stalin’s rule will be censored.

Kovalyov’s article argues that in the buildup to World War Two Western powers “created unfounded illusions” in Warsaw of their support for Poland in the event of conflict with Germany.

The article defends the 1939 Molotov-Ribbentrop Pact, which carved up Poland and the three Baltic States between the Soviet Union and Nazi Germany on the outbreak of war. The Soviet Union joined the allied side in 1941 after it was attacked by Germany.

The occupation of Estonia, Latvia and Lithuania by the Soviet union “was perceived with understanding by the world community at the time — as an objectively forced measure, not as an expression of any expansionist plans,” Kovalyov wrote.