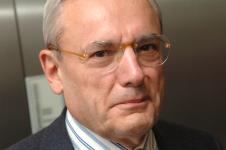 European Commission Vice-President Jacques Barrot confirmed the possibility that the EU might decide this year to grant a visa-free regime to three Western Balkans countries.

Barrot reported to interior ministers in Luxembourg on the European Commission’s recent report on the advancement of each country in the region towards visa liberalisation. After the meeting, Barrot stated that EU member states had “the feeling that Macedonia, Serbia and Montenegro have made a great effort”.

“I am not still absolutely certain but there is possibility to bring forth a proposition for visa liberalization before end of this year,” Barrot said. “At this stage I cannot insist but I can say it is possible of course if member states agree,” he added.

According to the European Commission’s report, only Macedonia has fulfilled all the necessary conditions for visa liberalisation. Montenegro and Serbia have made some progress, but further efforts are required, while Albania and Bosnia and Herzegovina are lagging behind in the process.

The target date for visa free travel was January 1, 2010. However, based on the present situation, some member states believed that only Macedonia will reach the target, while the process for Montenegro and Serbia may delayed for several months.

Barrot’s statement is the first confirmation that the three countries, grouped together, have a chance to make it onto the Schengen “white list”.

According to EU sources, the European Commission will complete another evaluation in early autumn to determine whether Serbia and Montenegro have demonstrate further efforts towards the implementation of the road map. If the EU decides this year to grant visa-free travel to the citizens of the three countries, the decision would enter into force on January 1, 2010.