Organized crime concerns in the Balkans 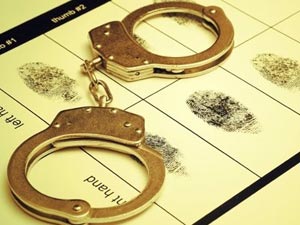 The current global financial crisis couples with the perennial instability of the Balkans, and raises suspicions around the creation of much stronger organized crime groups that will be able to dictate their rules of the game to both local governments and international institutions.

Already a trend emerges which has not be fully measured nor examined by the media that illustrates a significant rise in illegal activities and a sure rise in the criminal rates.

According to many reliable local sources, criminal gangs tend to merge and form much stronger teams that are often involved in more than one illegal sector and in parallel orchestrate multidimensional operations such as bank robberies in one country and narcotics contraband in another with a timely fashion and a well-coordinated structure.

The latest report by the State Department which was issued on the 27th of February 2009, points out that all Balkan states have serious organized crime problems and the local authorities have a great challenge to overcome.

Albania is considered as a transit country for the heroin trafficking from Afghanistan o Western Europe, as well as a production country of large quantities of Cannabis that are exported mainly through Greece and Italy to other EU states.

Bulgaria has been hit by a recent crime wave, and the domestic crime groups are more involved into synthetic drugs distribution and cocaine as well.

Greece is also hit by a crime wave involving armed robberies and weapons trafficking, and the general trend reveals an at least 20% rise in criminal rates on an annual basis. Illegal immigration networks also operate which gain millions of Euros per month by exploiting mostly Asian and African groups of people.

Montenegro is influenced by cocaine trade from Latin America, a similar pattern with Croatia. Both countries are also exit points for heroin distribution from Kosovo to Western Europe, as well as arms trafficking.

In Serbian drug use has increased and the role of private security firms operating as mafia front companies is being in question.

Romania is the least influenced by organized crime activities, but its Constanja port is being influenced by Albanian organized crime networks relating to narcotics trade, whilst Kosovo remains the undisputed center of every major crime related network in the region. The current fall in remittances from the Albanian Diaspora will most certainly give a rise in street crime in the Kosovo province in the near future.

FYR-Macedonia is experiencing issues concerning its role as a transit country for illegal immigration from Kosovo to Europe and from Asia as well. Moreover criminal gangs are well into the contraband trade of light arms, mainly Kalashnikovs. A most recent State Department anti-trafficking report issued on May cites an increasing problem relating to children and women trafficking.

Turkey remains the undisputable geoeconomic bridge between the Asian criminal networks, and the Balkans which mainly operate as a physical traverse route towards the large markets of the core countries of the EU, Germany, Italy, France and the UK.

Moreover there is a general upward tendency for contract killings in the Balkans, with the Albanian and the Bulgarian mafias, thought as the main culprits.

The impact of a Balkan organized crime powerful web cannot be more illustrative that in the Kosovo region. Populated by approximately 1,5 million permanent citizens, it has probably the highest number per thousand people of new constructions and gas stations, although unemployment reaches over 40% and official exports do not account more than 5-7% of the GDP.

The extent by which the local networks are able to formulate their international strategies is truly impressive. Most of the heads of the mafia reside in Kosovo, but there are considerable outposts of importance in a wide global geographical terrain stretching from Milano, Zurich to Vienna and Copenhagen, London to New York and Brussels.

In Kosovo alone the unresolved court cases reach up to 300,000 (One for every five citizens) and the respect for the rule of law according to numerous reports from media such as the -BBC, Guardian, Der Spiegel, Washington Post or security services from various countries, like Italy, Germany and UK- is completely out of touch with the accustomed norms in Europe.

Mari Foucci of the Kosovo Trust Agency in 2004 has complained that most of the developmental aid did not reach the local economy but instead was directed towards the local mafia groups. It is important to highlight that more than a third of Kosovo’s GDP derives from external aid.

The issue grows bigger if one adds the gross misconducts done by UN employees since 1999, and a lot of relevant documents can be found in open intelligence sources such as the wikileaks. Already former UN employees have made joint companies in Kosovo in collaboration with figures related to organized crime and an emerging global corrupted nomenclature is taking control of Kosovo’s economy in full extent.

Moreover, a much worrying trend is the formation of ethnically mixed gangs in the Balkans that tend to recruit people from various states and conduct their operations by adapting fully to the local environment. For the moment there seems to be a combination of Bulgarian and Romanian gangs and of Croatian& Montenegrins ones. The Albanians often join Greek gangs in Greece and the Turks are well-placed within gangs in Fyrom, Kosovo and Bulgaria.

Further, “Yugoslavian” gangs encompassing citizens from most ex-federation countries are active as well as networks including Middle Eastern and Western Europeans. Thus the work of the security services becomes more complicated; whilst the criminals can use the outreaches of their individual members so as to penetrate easier each country, acquire much needed information and local resources.

Lastly the current criminal groups in the Balkans, have already amassed a significant amount of capital that cannot be numerated precisely but it can be safely assumed that is reaches quite a few billions of Euros, along with thousands of properties and merchant companies.

Thus, sooner or later this criminal capital will have to be laundered through the legal system so as for the older generation -at least- to disengage itself from outlaw activities and ripe the fruits of law abiding business activity. That requires the collaboration of financial institutions which more likely will be concentrated in the Balkans, since the rest of the European banking system would not simply allow such a massive breach of regulations and most importantly a change of balance in the already established equilibrium of capital power in Europe as it exists since the end of WW2.

The Balkans already known for their corrupted public sector and their proximity with the Middle East will most likely become an important world hub for money laundering and the creation of business elite with a direct criminal background.

In a nutshell, organized crime is still a main threat for the stability of the region and an important aspect when dealing with Pan-European security affairs and the role of the underworld in the modern globalized world.

The signs of the era call for some definite and well-structured action by the agencies involved before the situation become unconstrained and create a situation non-containable with the present day conventional methods.