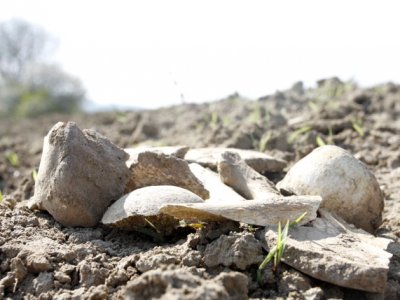 Forensic experts have unearthed a mass grave in the eastern Kosovo town of Gnjilane containing 11 bodies including four children, the European Union mission (EULEX) said in a statement on Tuesday.

The victims are believed to be ethnic Albanians killed in the early days of a two year counter-insurgency war that began in 1998, a police source told Reuters. At the time of the killings the area was controlled by the Yugoslav army.

In 1999 NATO launched a bombing campaign against rump Yugoslavia to halt the killing of civilians in the 1998-99 conflict in Kosovo, that was a Serbian province at the time.

An estimated 8,000 to 12,000 civilians were killed in the conflict, the great majority Albanians. Over 800,000 Albanians fled or were driven from the country at one point.

Kosovo’s Albanian majority declared independence in 2008, but some 120,000 Serbs, backed by Serbia, refuse to deal with Pristina institutions and consider Belgrade their capital.