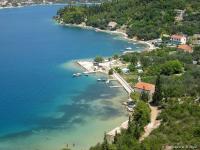 The Croatian Defence Ministry has turned down a NATO proposal for the construction of a centre for training against terrorist attacks with biological, chemical and nuclear weapons, the Jutarnji list daily reports.

If the proposal had been accepted, thie facility would have been the largest training ground in Europe with large stores of chemicals and viruses on site. Its construction would have cost 15 million kuna (just over two million euros).

The US has sought a training toxic training ground on Croatia’s Dalmatian coast because of the region’s clement weather, which allows almost eight months of active training.

While the ministry opposes construction of the centre, it stands in favour or other companies or organisations using the abandoned warehouses on site.

Knotox Director Douglas Eaton believes that the ministry still requires a toxic training centre. Despite the fact that the cenre would house hazardous chemical and biological agents, Knotox claims that the chemicals that would be used in drills would not come into contact with the environment or harm the local population, plants and animals.