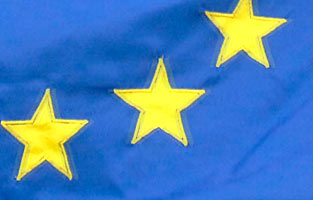 The impact of the constant objection by French and German leaders to Turkey’s European Union membership drive has been revealed through a public survey that showed a significant loss of confidence in these two countries among the public.

According to the survey, conducted this month by the Ankara-based International Strategic Research Organization (USAK), France is third on the list of countries regarded as a threat by the public, while there has been a large decrease in Turkish people’s opinion of Germany as a friendly country.

Over half the 1,100 interviewees in Ankara, İstanbul, İzmir and Bursa — 56 percent in all — stated that the biggest obstacle to Turkey’s entry into the EU was “religious and cultural differences and historical prejudices against Turkey.”

The EU opened accession talks with Ankara — an EU candidate since 1999 — in October 2005, but these have been progressing slowly amid opposition from France and Germany. The unresolved Cyprus dispute and a slowdown of reforms in Turkey are other factors hampering the accession process.

French President Nicolas Sarkozy and German Chancellor Angela Merkel are the most high-profile European politicians opposed to Turkey’s accession. Sarkozy claims Turkey does not belong in Europe, while Merkel promotes a “privileged partnership” that falls short of membership, a formula Ankara categorically rejects. In Berlin in May, Merkel and Sarkozy made a joint statement declaring that they shared a common position regarding Turkey’s accession to the EU, in that it should be offered a privileged partnership, not full EU membership.

According to a USAK survey held in October 2004, when asked which country was the biggest threat to Turkey, only 2.5 percent of Turkish people named France. This figure has gradually increased; in December 2005, it was 11.40 percent but had increased to 12.09 percent this month, placing France third overall. France followed the United States, which topped the list this month, the second country on the list being Israel.

Noting that France is the only EU member in the first three countries on the threat list, USAK experts have suggested that this should not be seen as a surprise due to Sarkozy’s firm opposition to Turkey’s EU membership in addition to his country’s support for the recognition of killings of Anatolian Armenians during World War I as genocide.

Last month, in an interview with a Spanish newspaper, Prime Minister Recep Tayyip Erdoğan recalled that three-quarters of Turkish people were in favor of EU membership when the accession negotiations were first opened in 2005, while a recent survey showed that now 51.9 percent of Turkish people would vote for EU membership if a referendum were held.

“We came to this point upon ‘nos,’ ‘perhaps’ and ‘buts.’ Everything will change if Chancellor Merkel and President Sarkozy say, ‘OK, we’re ready to accept Turkey when it fulfills all the recommended conditions.’ Even this would lead to a rise in that percentage among people,” Erdoğan said.

Despite a considerable lack of confidence in the two leading members of the EU, the survey revealed that Turkish people see their future in the EU. When asked where Turkey’s future lays, 56.36 percent replied the EU. In October 2004, this figure was over 61.04 percent.
US: most feared, most trusted

The USAK survey revealed that the United States still tops the list of countries which are regarded as a threat in Turkish public opinion. Nevertheless, USAK experts stated that when a decrease from 29.80 percent to 25.45 percent is considered between the December 2005 survey and the one conducted this month, it is possible to say that Turkish people have been giving a chance to the new policies launched by President Barack Obama’s administration.

Interestingly enough, the same survey, at the same time, showed that Turkish people have great confidence in support from the United States in case of major difficulties. A quarter of interviewees replied the United States when asked which country would lend the biggest support to Turkey in the case of internal conflict and natural disaster.

USAK experts noted that the United States’ and similar countries’ economic power, capable of offering sufficient assistance in case of need, is the most probable reason for this apparent contradiction.

The survey, meanwhile, also included questions regarding Turkish people’s approval of the way the country’s foreign policy is conducted. Almost half, 49.09 percent find Turkish foreign policy successful, while 47.27 percent either replied neutrally or said it is “unsuccessful.”

According to the survey, the priorities in people’s expectations of foreign policy are maintenance of security and economic interests.

USAK also asked interviewees whether they believed that a high number of states were drawing up plans for disintegrating their country. The number of affirmative replies to this question stood at 64 percent in October 2004, at 72 percent in December 2005 and at 54.55 percent this month.

Although there is a decrease in this figure according to previous years, this month’s results still show a serious lack of self-confidence amongst society, USAK experts have warned.