Vladimir Voronin should be deprived of MP seat, IPP expert 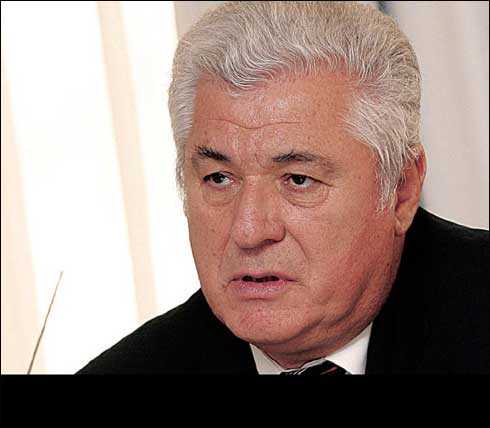 “It is evident that holding simultaneously the post of head of state, part of the executive and head of Parliament Vladimir Voronin violates the principle of separation of the powers in the state stipulated in the Constitution,” said Vitalie Catana, expert of the Institute for Public Policy (IPP).

The expert detailed this issue in the study “Aspects regarding the incompatibility of V. Voronin’s posts after his election as speaker of Moldova’s Parliament”.

According to the principle of incompatibility of the post of head of state and other paid positions, the tainted post is that of MP, not of president of the country, the expert said.

The expert stresses that the Parliament is the one that can sanction the president, but, in the given case, the Parliament adopted the decision whereby the Constitution is violated.

Vitalie Catana also said that the incompatibility of the posts held by V. Voronin and its effects disappeared when the seventeenth legislature was dissolved. Vladimir Voronin can avoid a situation of incompatibility if he resigns as head of state before his MP seat is validated, he stated.