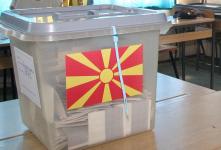 As of Tuesday, Macedonian citizens living abroad are entitled to vote in presidential and parliamentary elections, the Justice Ministry announced.

The decision, made in accordance with the Electoral Code, applies to all who have Macedonian citizenship and are working or staying abroad on a temporary basis.

The ministry argues that, for the Macedonian diaspora, expanding enfranchisement will “strengthen the long-standing link with their home country and contribute to its development”.

Expatriates will elect three deputies to parliament, raising the total number of legislators from 120 to 123.

There is no official data on how many Macedonian citizens live and work overseas.

The measure is not expected to prompt a wave of double citizenship requests from those who have gained residence overseas.

Canada, Australia, the US and some western European countries are considered the hubs of the Macedonian diaspora.

The issue of whether expatriates should be allowed to vote has provoked considerable debate in Macedonia in recent years. While the ruling centre-right VMRO-DPMNE party supports the idea, the opposition Social Democrats warn that these votes may be subject to manipulation.

The next national elections are slated for 2012. By then the authorities will have to figure how to make the voting process work.

Inconsistencies in voter lists raise significant political opprobrium after every election. An update of the lists should follow for the country to comply with OSCE recomendations.

The law change does not apply for local elections.