Moody’s: Romania Recession to Last into 2010 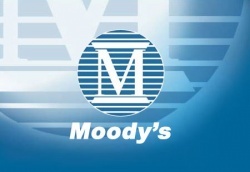 Romania is currently in a deep recession that is expected to last into 2010, and even so, the nation’s economy is unlikely to return to its recent lofty growth rates in the near term, the long-term prospects remain good, according to a new Moody’s report on Romania, cited by local media.

“Having entered the global economic crisis in a somewhat precarious financial position, the government was forced to agree a stabilization plan with the IMF and the EU in March 2009,” said Kenneth Orchard, vice president senior analyst in Moody’s sovereign risk group.

He said Moody’s was not seriously concerned about the ongoing political noise in Romania.

“Moody’s is not seriously concerned about the ongoing political noise in Romania, but there are still inherent risks in the deterioration in economic activity and asset quality in the banking system,” said Orchard.

The report published earlier today by the rating agency says although the plan has not prevented a sharp drop in output or a serious worsening of the government’s debt metrics, it has significantly reduced the country’s external financing requirements and the risk of a balance of payments crisis.

“Moody’s affirmed its Baa3 government bond ratings for Romania in March 2009, shortly before the IMF/EU program was announced,” said Orchard. “The availability of official foreign financing has helped to stabilize the country’s economy and ease re-financing pressure.”

Even though the rating agency says the nation’s economy is unlikely to return to pre-crisis growth rates, the long-term prospects remain good.

“The primary reason that we anticipate higher growth is that Romania is significantly poorer than most EU countries, which means it has considerable potential for upward convergence,” explains Orchard.

“The combination of a reasonable business environment, EU membership, and improving physical and social infrastructure — bolstered by EU funds — should sustain superior investment rates over time, allowing a gradual rise in real income towards the EU average.”