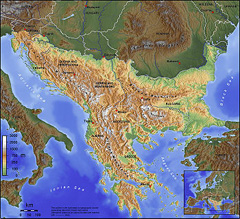 Although the United States is not focused on the Balkans as it was in the 1990s, the challenges in this region are still reviewed at a very high level in Washington, a prominent US political expert said.

John Stilides, a political strategist of the Republican Party and chairman of major programs at the Washington-based Woodrow Wilson Center Southeast Europe, gave the statement while answering a journalist’s question over the degree the United States’ plans to retain its engagement on the Balkans.

“The recent visit to the Balkans of the US Vice President Joe Biden was a signal that although the region is not subject of the President’s constant attention, the challenges in this region are still reviewed at a very high level,” Stilides said.