Tadić: State to clamp down on violence 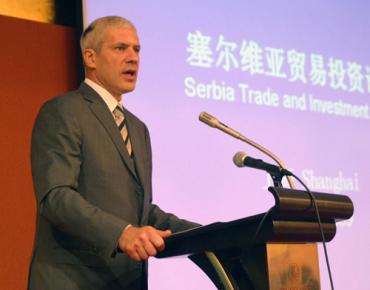 President Boris Tadić says the state will react to all forms of violence in the streets of Belgrade and will not allow an atmosphere of chaos to be created.

Tadić fiercely condemned the barbaric behavior of sport fans and assaults on foreign nationals in previous days, adding that the authorities must do everything in their power to arrest and severely sanction the perpetrators of violence, the president’s press service stated.

The president said that the government would do its utmost to protect members of the public regardless of their national, religious, sexual or political orientation, “as no-one should resort to threats or violence, or take justice into their own hands and jeopardize the lives of those who think differently or are different.”

“The Constitution, laws and public order will be upheld in Serbia. Any assaults on the army, police, journalists, officials and civilians will not be tolerated and the perpetrators will face the full force of the law,” he said in the statement.

Labor and Social Policy Minister Rasim Ljajić said the upcoming Pride Parade was a high-risk event and that the focus had to be on public security, as it was important to send a good image to the world.

Ljajić told journalists that every individual, group and association was entitled to express their political and other views, “but this is a situation where people’s security supersedes everything else.“

“We have a change of priority and what’s most important that day is law and order, regardless of what we think individually about this event,“ he stressed, adding that “the calls of patriots, who are now calling for a counter-meeting, does the country no favors.“