Balkan leaders and Greek prime minister to arrive in Istanbul 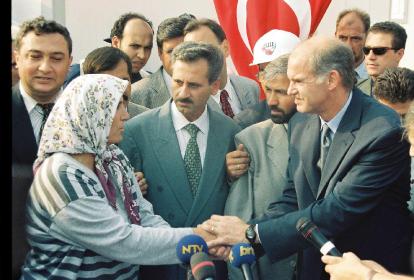 The informal meeting of foreign ministers of South-East European Cooperation Process will begin in Istanbul on Friday.

The informal meeting of foreign ministers of South-East European Cooperation Process will begin in Istanbul on Friday.

The initiative was launched in Sofia in July, 1996, during a meeting of the Ministers of Foreign Affairs of South-East European countries, in which it was decided to start a long-term process of multilateral cooperation among participating states. Priorities are strengthening stability, security and good-neighbourly relations, fostering in particular economic development and humanitarian, social and cultural issues, justice, combat against organized crime, illicit drug and arms trafficking, and terrorism.

Bulgaria assumed the Chairmanship-in-Office of the Southeast European Cooperation Process in May 2007 and kept it until May 2008, when Moldova took over.

Meanwhile, newly elected Greek Prime Minister George Papandreou will also take part at the meeting, sources said. Papandreou, who was sworn in as prime minister on Tuesday, will also be responsible for foreign affairs in his cabinet.

This will be Papandreou’s first overseas visit after taking the office as prime minister.