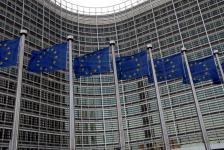 The European Commission’s progress report on Kosovo, released last month, shows a ‘deterioration’ in the country’s performance, according to a high ranking EC official in the country.

Khaldoun Sinno, head of political, economic and European integration at the European Commission Liaison Office in Kosovo, made the comments at an event organised by his office to discuss the progress report.

He said: “The report for 2009 is more negative than last year – it is a deterioration.”

The European Commission revealed in its yearly performance report and study into Kosovo’s EU future that it would open discussions with Pristina on visa liberalisation.

But the document and subsequent statements have yet to clarify what path Kosovo will take.

Renzo Daviddi, head of the EC office in Kosovo, said at the same meeting that Kosovo’s path towards joining visa liberalisation would be “long and painful”.

Serbia, Macedonia and Montenegro are expected to join the so-called White Schengen list from January 1, allowing their citizens to travel into the EU’s Schengen countries without a visa.

In addition to a number of technical criteria that Kosovo must achieve to join its neighbours, the young country also faces problems with the five EU members that have not recognised its independence.