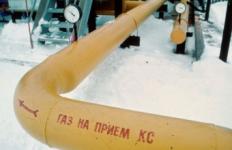 Countries from Central Europe and the Balkans should do more in order be better prepared for a otential gas crisis and should find ways to reduce their dependency on Russian supplies, officials and businesspeople said during a Central European Initiative, CEI, meeting held in Bucharest.

“The debate over energy security has intensified in recent years, as the efficient use of natural resources and the diversification of the energy supply routes and on the energy sources become more and more vital”, said Hido Biscevic, secretary general, from the Regional Cooperation Council.

Balkan countries were hit last winter by a gas crisis following Moscow’s decision to shut down a pipeline serving the region, leaving hundreds of thousands of people without gas heating in freezing temperatures and forcing businesses to shut.

But these countries have achieved little progress in reducing their almost total dependence on Russian gas in the medium to long-term. The European Union has decided to partially fund the construction of links between EU member countries in south-east Europe, but the countries in the region have not yet announced a timetable, nor secured the extra funding needed.

Furthermore, an initiative of eight central and southeast European countries to link their gas pipeline networks, first announced in 2008, has also failed to move beyond the drawing board.

The only project which is slowly advancing is Nabucco, a €9 billion project that aims to reduce European reliance on Russian gas by providing access to supplies from Azerbaijan and other central Asian countries. The projected route runs through Turkey, Bulgaria, Romania and Hungary to its final destination in Austria.

“Shareholders in the Nabucco have started talks with two European top lenders over borrowing almost €1.5 billion for the pipeline’s construction”, said the head of the engineering and research department at Romanian state-owned gas transmission company Transgaz, Vlad Pavlovschi.

He added that a €5.6 billion loan is needed for the construction stage of the project and the shareholders have also started talks with credit insurers Coface and Hermes.

But the construction of the pipeline is expected to begin next year.

The pipeline will ultimately be able to pump 31 billion cubic metres of gas per year by 2020, approximately 5 to 10 per cent of the projected total gas consumption in the Central Europe and the Balkans region at that time.