Turkish PM was criticized after his Cyprus remarks

Turkish Prime Minister Recep Tayyip Erdoğan’s harsh criticism of Greek Cyprus and the European Union in regards to the course of affairs in the resolution of the Cyprus issue has ignited reactions from both pro-Turkey and anti-Turkey figures within Europe.

While a top German conservative suggested that the EU should break off its accession talks with Turkey if the country goes ahead with its threatened boycott during Greek Cyprus’ upcoming presidency of the bloc, a leading British member of the European Parliament accused the Turkish government of clinging to “outmoded hostile rhetoric.”

Greek Prime Minister George Papandreou was rather restrained as he said in a written statement that Erdoğan’s statements sounded like an “ultimatum” and were discouraging. 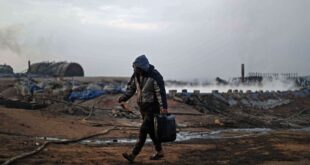