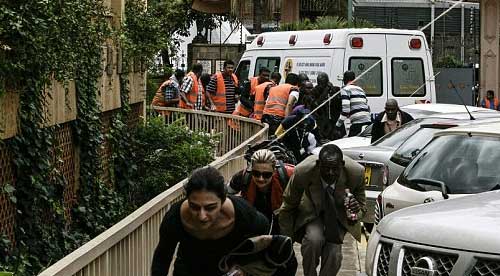 According to KDF Information Operations Officer Cyrus Oguna, the three were among 11 soldiers wounded when they confronted gunmen who staged a terror attack at the upmarket shopping mall on Saturday.

“KDF approached this mission with the highest degree of professionalism. Unfortunately, 11 KDF soldiers sustained injuries and were admitted to t he Defence Forces Memorial Hospital. Regrettably, three of them succumbed to their injuries,” he explained.

So far, the attack has claimed at least 62 lives while others remain in hospital.

The joint rescue mission is still going on at the mall.

Post Views: 188
Previous 48 suspects arrested by security forces during operation in S. Pakistan
Next Russia hopes the UN Security Council will agree a resolution this week