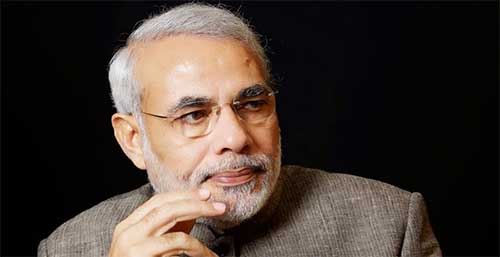 Prime Minister Narendra Modi vowed yesterday to end India’s status as the world’s number one defense importer, saying he wanted 70 percent of hardware to be manufactured domestically by the turn of the decade. Speaking at the start of a major aviation industry conference, Modi told hundreds of foreign and local businessmen that his government would favor domestic firms when awarding defense contracts as part of a larger push to boost India’s manufacturing sector.
“We have the reputation as the largest importer of defense equipment in the world,” the prime minister said at the biennial Aero India show in the southern city of Bangalore. “That may be music to the ears of some of you here. But this is one area where we would not like to be number one,” he added. “We are reforming our defense procurement policies and there will be a clear preference for the equipment manufactured in India.” India, which has long been the world’s largest buyer of defense equipment, is in the midst of a multi-billion-dollar upgrade of its ageing military hardware and recently lifted a cap on foreign investment in defense.
While his right-wing government has pledged to push forward with planned military purchases, which stalled under the previous centre-left Congress administration, Modi is determined that does not come at the expense of the domestic defense industry. The premier said he wanted domestically made equipment to account for 70 percent of the procurement budget within five years, up from the current 40 percent, in what he said would be a major boon to the economy. “A nation with a strong defense industry will not only be more secure. It will also reap rich economic benefits,” said Modi.