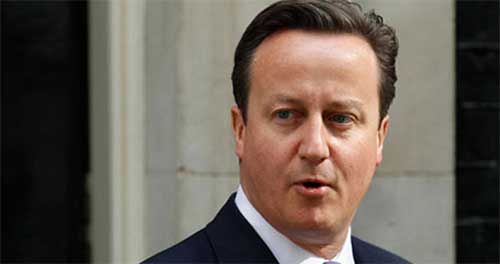 Egypt’s president and Britain’s prime minister have agreed on the need for “the tightest possible security” at the Sinai resort airport where a doomed Russian airliner departed, London said.
Abdel Fattah al-Sisi and David Cameron spoke by telephone ahead of the Egyptian leader’s visit to London, according to a statement from Cameron’s office released late on Tuesday.
Investigators have yet to determine the cause of the crash in Sinai on Saturday which killed all 224 people on board the Kogalymavia Airbus A321 that had set off from Sharm el-Sheikh – a popular destination for British tourists.
The Islamic State group’s branch in the Sinai Peninsula has claimed it downed the plane, but it provided no details and experts say other possibilities include a mechanical failure that caused the plane to disintegrate in mid air.
Cameron and Sisi “agreed it was important not to pre-judge the investigation,” the British statement said.
They “noted that there was still uncertainty about the cause of the crash and agreed it would be prudent to ensure the tightest possible security arrangements at Sharm el-Sheikh airport as a precautionary measure.”
Egyptian state media said Wednesday that Sisi had set off for his three-day visit to Britain.