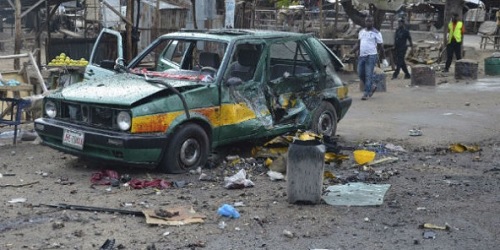 Khartoum – Sudanese security forces in West Darfur’s state capital on Sunday dispersed protesters who had gathered outside government buildings, with rebels claiming four demonstrators were killed but officials saying there had been no casualties.
The unrest began after a group of people rallied outside the West Darfur government secretariat in Geneina, both government and rebel sources said.
“Security services supported by tribal militia opened fire on civilians protesting at the buildings of the secretariat of the West Darfur state government,” leading to the deaths of four protesters and wounding others, the rebel Sudan Liberation Movement (SLM) said in a statement.
It said the crowd was demonstrating “after government militia burned their homes and they became homeless”.
The group gave the names of two of those it said were killed but said the other two were unknown.
The claims were denied by a West Darfur government spokesman, who said the security forces dispersed a group of demonstrators in front of the buildings after they burned three cars, without causing casualties.
“Events started in the village of Mulli (50km south of Geneina) when the discovery was made of the body of a herder missing for two days who had been killed near the village,” Abdallah Mustafa told AFP.
The herder’s relatives surrounded the village, prompting its residents to flee to Geneina, where they congregated outside the government buildings, he said.
“Youths and displaced people from the camps around the town joined them and surrounded the government buildings and burned three cars,” he added.