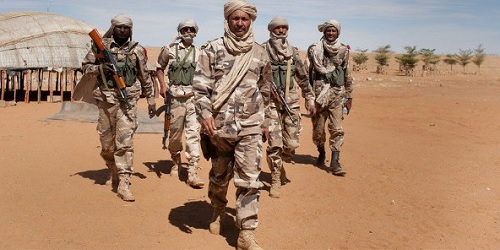 Mali has decided to extend the state of emergency until 15 July, re-established on 4 April, in order to fight against terrorism, announced Wednesday the Malian government in a communiqué.
The weekly cabinet meeting, held on Wednesday under the chairmanship of Prime Minister Modibo Keita, “approved a bill authorizing the extension of the state of emergency,” which has been declared by decree on 4 April for ten days and which will expire on 14 April at midnight, said the statement issued by the government.
“In accordance with the provisions (…) of the Constitution, its extension for over ten days must be authorized by law. The adopted bill allows to extend the state of emergency until 15 July 2016 at midnight, said the statement.
“Its adoption will allow continuing the fight against terrorism and other threats to the security of people and their property across the national territory,” he added.
The state of emergency was declared in Mali for the first time for ten days, following the terrorist attack of Radisson Blu Hotel in Bamako, on 20 November 2015, and then on 21 December for ten days. On 31 December, it was extended until 31 March, and then on 4 April for ten days.