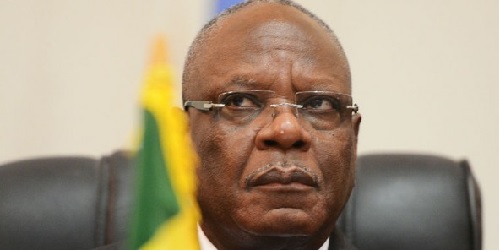 Head of the United Nations department for peacekeeping operations on Monday held talks with Mali President Ibrahim Boubacar Keita, at the end of his four-day visit to Mali.
“My visit is part of the preparations of a report that the UN secretary general will present to the UN Security Council in the run up to the renewal of the mandate of UN
Peacekeeping Mission in Mali (MINUSMA) in June this year,” Herve Ladsous said after the meeting.
“More than ever before, MINUSMA objective should be to support execution of the 2015 peace agreements between the government and armed groups of the north,” he added.
Another objective, the diplomat added, “is to facilitate the restoration of the rule of law across the Malian territory. “