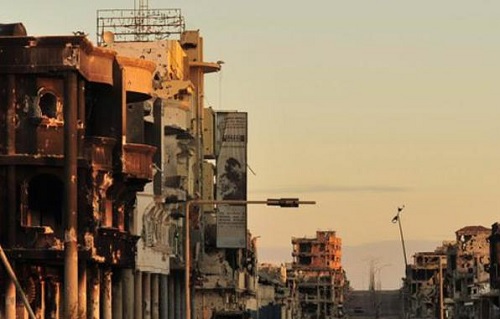 The Misurata-led forces have gained new foot in more areas inside the last IS spot in Sirte, the seaside Jizah neighbourhood, the media bureau of the UN-brokered Government of National Accord’s Al-Bunyan Al-Marsous operation reported Wednesday.
On Facebook, the media bureau added that the Misurata-led forces had controlled new sites after they closed in on IS remaining militants inside Jizah neighbourhood in Sirte.
Meanwhile, the field hospital in Sirte posted on Facebook that 2 fighters were killed in the fresh advance on Jizah neighbourhood, where IS militants are still showing desperate but fierce resistance.
Moreover, a medical source from Misurata Central Hospital revealed that a senior leader of one of the brigades in Al-Bunyan Al-Marsous operation was also killed in Jizah clashes against IS on Tuesday, pointing out that his name was Abdul Adeem Al-Maadani from Misurata city.
A reliable source from Sirte also reported that IS snipers in Jizah had shot Al-Maadani dead during Tuesday clashes.