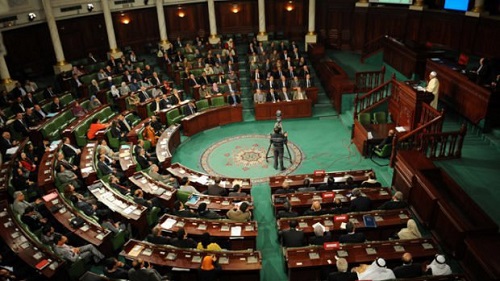 Members of the Libyan parliament met on Saturday in Cairo with the head of the Egyptian Committee on Libya Mahmoud Hegazy, to discuss possible solutions to the Libyan turmoil, according to state-owned media.
President Abdel Fattah Al-Sisi met last week with the speaker of the Libyan parliament Aguila Saleh Issa, in which the former emphasised Egypt’s support for the sovereignty of Libya and the unity and integration of its lands.
Al-Sisi also added during his meeting with Saleh Issa that Egypt is siding with Libyan institutions and their coherence, asserting that only Libyan people can decide their fate.
Egypt’s foreign minister also met in December with the head of the United Nations (UN) support mission in Libya, Martin Kobler, to assess the current political and security situation in Libya.
Cairo hosted in December an open discussion between representatives from different political factions, during which a number of suggestions were proposed to put an end to the Libyan turmoil.
The conference, which was held in the presence of the Minister of Foreign Affairs Sameh Shoukry and Hegazy concluded by proposing suggestions to end the political turmoil. These suggestions include the importance of the independence of Libya’s army from any political entity in the country. The second suggestion was the amendment of representatives inside the Libyan National Dialogue commission in order to include all political factions, and specify the role of the army’s chief commander.