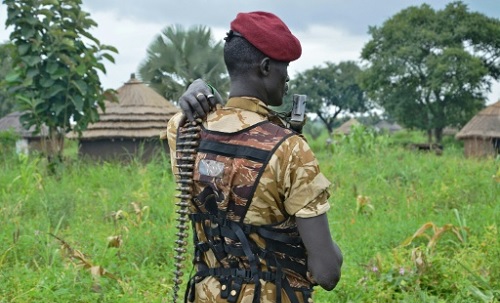 Cameroon said on Wednesday its military offensive against Boko Haram across the Nigerian border has made major progress, with scores of jihadists killed and hundreds of hostages freed since December.
But in a sign of continuing jihadist trouble, four would-be human bombs – two young boys and two teenaged girls – tried to strike in Cameroon’s Far North province on Wednesday.
Only the bombers died in the attempted attacks which were foiled by security forces and local vigilantes.
Since Nigeria announced a key victory against Boko Haram jihadists in December, claiming the group had been routed from its Sambisa Forest bastion, its ally Cameroon has intensified operations along its northern border.
Cameroonian troops have in recent weeks killed some 100 Boko Haram fighters and freed “hundreds of hostages” held by the group, Cameroon’s government spokesperson Issa Tchiroma Bakary said on Tuesday.
Some 30 other jihadists have been taken prisoner and returned to Nigeria.
“Hundreds of freed hostages have [also] been sent back,” Tchiroma said.