Algeria raises full alert on borders with Libya and Tunisia 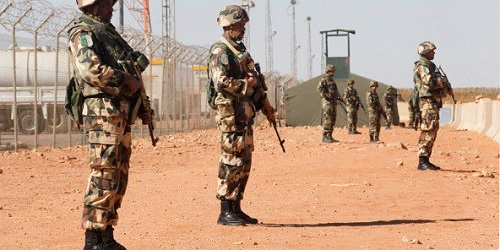 The forces of Algerian Army had raised the full alert in the border area between Algeria, Tunisia, and Libya to prevent any attempt of infiltration of terrorist groups, especially after the return of many fighters of Daesh to their original countries.
The Algerian Defense Ministry said that it had recorded different movements of suspect groups nearby the borders of Algeria with Libya and Tunisia.
Algerians fears of threats, abductions, or terrorist attacks against the workers in Algerian oil fields.