US air force chief visits Turkey for talks on Syria 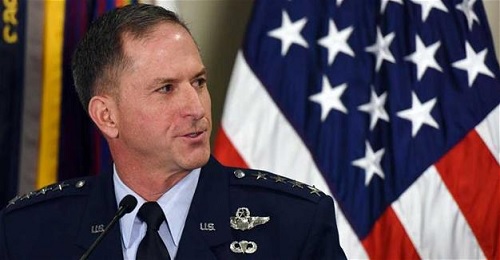 Chief of Staff of the United States Air Force Gen. David L. Goldfein held talks in Ankara with his Turkish counterparts.
Goldfein met with Commander of the Turkish Air Force Abidin Ünal and other senior military officials in order to discuss ongoing military cooperation in Syria as part of international efforts to defeat the Islamic State of Iraq and the Levant (ISIL).
The General’s visit comes as ideas to establish no-fly zones over some parts of Syrian airspace in a bid to strengthen a fragile ceasefire between the Syrian regime and opposition groups. The issue was discussed at a meeting between US President Donald Trump and Russian President Vladimir Putin last weekend on the margins of the G-20 Summit in Hamburg.
U.S. Secretary of State Rex Tillerson held talks with President Recep Tayyip Erdoğan and Foreign Minister Mevlüt Çavuşoğlu over the weekend in a bid to rebuild trust between the two NATO allies.