US Secretary of State to visit London for talks on Libya, North Korea 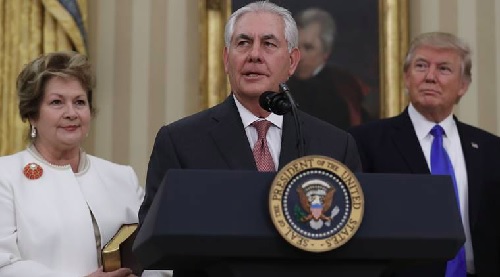 US Secretary of State Rex Tillerson will visit London next week for UK-hosted talks on North Korea and Libya, the State Department said in a press release.
“Tillerson will travel to London from September 13 through September 14 for UK-hosted meetings on DPRK [North Korea] and Libya,” the release said on Friday.
Tillerson is expected to meet with senior British officials, including Foreign Secretary Boris Johnson and National Security Advisor Mark Sedwill, the State Department said.
The talks will focus on a range of issues, including the need to increase pressure to counter the security threat posed by North Korea’s nuclear and missile programs, the release added.
Tillerson will also take part in a ministerial on Libya with UN Special Representative of the Secretary General for Libya Ghassan Salame, the State Department said.