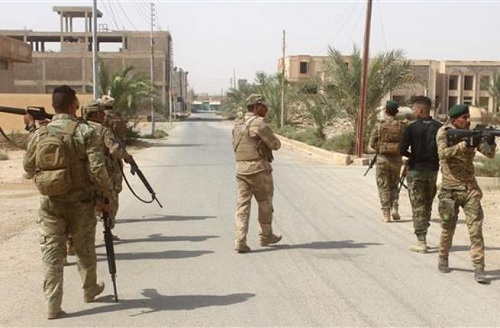 Iraqi security forces killed on Sunday a senior Islamic State leader and arrested 17 others during a security campaign in Nineveh province.
“Troops of the Nineveh Operations Command launched a wide-scale security campaign in Badush district, northeast of Mosul, managing to kill a senior Islamic State leader,” Major Azad Fouad told
Dijlah TV channel.
“The troops also arrested 17 IS militants,” Fouad said, adding that a huge amount of ammunition and firearms were seized in their possession.
Former Iraqi prime minister Haider al-Abadi announced in July 2017 liberation of the second largest Iraqi city of Mosul from IS militants, who had captured it in 2014. More than 25,000 militants were killed throughout the campaign, which started in October 2016.
The campaign was backed by paramilitary troops and a U.S.-led international coalition.