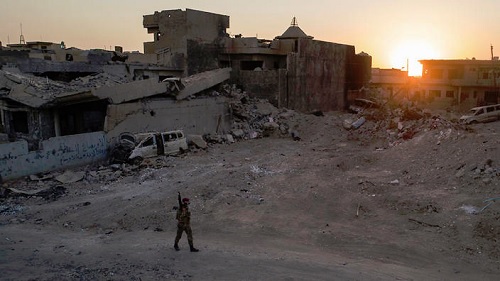 The Malian prime minister on Sunday announced a boost to anti-militant operations alongside a programme to disarm and reintegrate militias in the centre of the troubled country.
Without specifying the amount of investment, Soumeylou Boubeye Maiga said defence and security forces in the region would be “strengthened,” including the development of river patrols.
Malian forces, with the aid of France, fought off a extremist insurgency that took control of large parts of the north in 2012 but large areas remain out of the government’s control.
The “Disarmament, Demobilisation and Reintegration process” will be launched in the central Mopti region on Monday, Maiga wrote on Twitter.
He insisted his government “does not fight against any community but fights against insecurity”.
Earlier this month, the prime minister said hundreds of police officers and soldiers would be sent to reinforce the northern city of Timbuktu amid growing concerns about security in the region.
Mali remains prone to violence despite a 2015 peace accord designed to isolate radicals and the continued presence of French and UN forces in the region.
Since then, attacks have extended to central and southern regions of Mali and over the border into neighbouring Burkina Faso and Niger.
A couple odf days go the United Nations Security Council implemented its first individual sanctions against three Malians linked to armed groups and accused of violating a 2015 peace agreement, according to diplomatic sources.
The council slapped travel bans on Mohamed Ousmane Ag Mohamedoune, secretary general of the Coalition for the People of Azawad, Ahmoudou Ag Asriw of the Imghad Tuareg Self-Defense Group and Allies, and Mahmadou Ag Rhissam, a businessman and member the High Council for Unity of Azawad, the sources said.