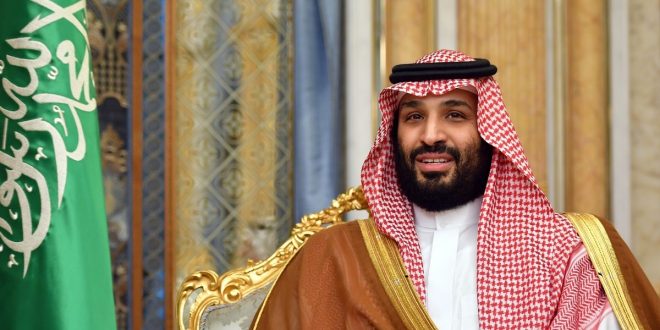 In their book Blood and Oil, Bradley Hope and Justin Scheck reveal a side to Saudi Crown Prince Mohammed Bin Salman that loves all things American. From the popular video game Call of Duty, to Apple products, to an old-fashioned Big Mac burger from McDonald’s, he is known to have an affinity for American culture.

But his take on the American model of governance is a different story. For governance, Bin Salman “looks to China and finds a model he can get behind, one that ensures his place on the throne and the preservation of the ruling House of Al-Saud.”

Bin Salman understands the importance of appeasing his Western audience. That’s why on the global stage he has touted himself as a progressive and secular figure from within a traditionally conservative and predictable royal family. To support that image, he has introduced otherwise foreign entertainment to the Saudi domestic arena including concerts, theatres and even women’s sporting events. Economically, he introduced Vision 2030, a decade-long effort to diversify and reform the country’s oil-dependent economy. However, his attempts at reform stop there.

Minor reforms have been overshadowed by major abuses of human rights both domestically and abroad. His reign has seen a sharp rise in the number of death sentences, mostly as a political weapon against dissidents from Saudi Arabia’s Shi’a Muslim minority. Human rights activists, political dissidents, religious scholars and even the most high-profile of the royal elite find themselves imprisoned arbitrarily on charges such as “controversial” posts on Twitter or support for democratic reforms.

Such charges against these prisoners of conscience are unfounded and ludicrous. One of them laid against the Muslim reformist scholar Salman Alodah is that he simply “visited Qatar”. Similarly, the absurd charges against women’s rights activist Loujain Al-Hathloul include her applications for positions at the UN.

Journalists and academics find themselves suffocated and unable to express themselves, weary of the fate of thousands before them, most notably the Washington Post’s Jamal Khashoggi. As the former Director of Al Jazeera, Wadah Khanfar, put it, Bin Salman’s killing of the dissident journalist sent a message to all Saudi citizens: if I can do this to a well-known figure like Khashoggi, then I can do it to anyone.

The prince’s tyranny extends beyond the Kingdom’s borders. In Yemen, for example, the UN has declared the worst humanitarian crisis in the world, primarily as a result of the Saudi-led blockade and ongoing bombardment.

Bin Salman’s attempts to transform and liberalise the Saudi economy and cultural landscape are disguised as positive and revolutionary reforms, but he makes no such effort to reform and liberalise his country’s political system. Instead, the Kingdom’s political and social spheres have been suffocated, inspired by the Chinese Communist Party’s (CCP) model of governance.

In fact, the de facto Saudi ruler sees in China a one-party system coupled with a thriving economy and increasingly authoritarian rule. In the Kingdom, he works to replicate this with a continuation of the royal family’s dominance over the political and economic sectors, coupled with attempts to revive a declining economy. More importantly, he sees a one-man show led by President Xi Jinping. In 2018, the Chinese parliament approved unanimously the removal of the two-term limit on the presidency, effectively allowing Xi Jinping to remain in power for life.

Infamously, during a trade trip to Beijing in 2019 Bin Salman stated his support for China’s “right” to enforce “anti-terrorism” and “deradicalisation” measures, a reference to the CCP’s detention of approximately two million Muslim Uyghurs in internment camps in Xinjiang Province. On that same trip, Saudi Arabia and China signed 35 economic cooperation agreements worth $28 billion.

Strengthening the prince’s resolve to consolidate power is the peculiar US-Saudi bilateral relationship, which is largely an oil-for-security accord. Bin Salman looks West to ensure the security of his throne and the protection of the ruling House of Saud. Meanwhile, he emulates the governance of America’s hegemonic rival, China. Moreover, the US has never encouraged political reform within the Kingdom; unfortunately, Washington believes that its interests are more secure under authoritarianism than under democratic rule.

The US position as Saudi Arabia’s main security partner has only strengthened over the decades, most recently with the Trump administration’s sale of arms worth over $450 billion to the Saudi monarchy. In front of the media, the world watched as Trump spoke with Bin Salman, pointing at various weapons and military equipment that the Saudis had just purchased. Citing one purchase for $525 million, Trump told the Crown Prince, “That’s peanuts for you.”

Record-breaking arms deals, defence agreements and a decades-long oil-for-security pact only means that Saudi Crown Prince Mohammed Bin Salman can continue to abuse his position as an oil giant on the international stage, displaying various faces to each of his allies and partners.

It is imperative that a new dawn arises in communicating American dissatisfaction with his tyrannical behaviour, though; one in which Washington makes clear to its partners that US support is contingent upon real reform. For that, US administrations must accept that their national interests are less secure with the likes of Bin Salman and that, in reality, America’s allies must reflect America’s values, not those of its rivals.

Post Views: 26
Previous Israel is an apartheid state so US should stop aid, say Americans in poll
Next Riyadh Executes Three Soldiers for Treason