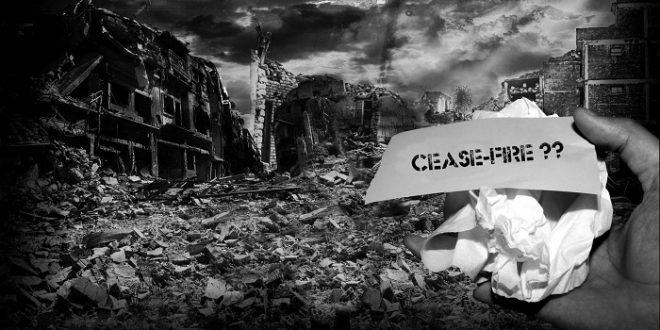 Iranian Foreign Minister Mohammad Javad Zarif on Wednesday visited Oman, where he met with Mohammed Abdul Salam, spokesman for the Houthi movement battling a Saudi-led coalition over control of Yemen. “The only solution for Yemen is the political one,” Zarif said, according to Tehran’s Foreign Ministry, stressing Iran’s “support for a cease-fire” and inter-Yemeni talks. The meeting in Muscat follows similar conciliatory remarks made the previous day by Saudi Crown Prince Mohammed bin Salman, who said Riyadh sought to resolve its conflict with Tehran. The Shi’ite Houthis, aligned and supported militarily and financially by Iran, ousted President Abed Rabbo Mansour Hadi in 2014 and have since waged war over Yemen against his backers, chief among them Saudi Arabia. The coalition has launched countless strikes in the capital Sanaa and other Yemeni towns, while Houthi drones and missiles have targeted Saudi facilities and cities, including Riyadh. The conflict has devolved into the worst humanitarian crisis in the world today.