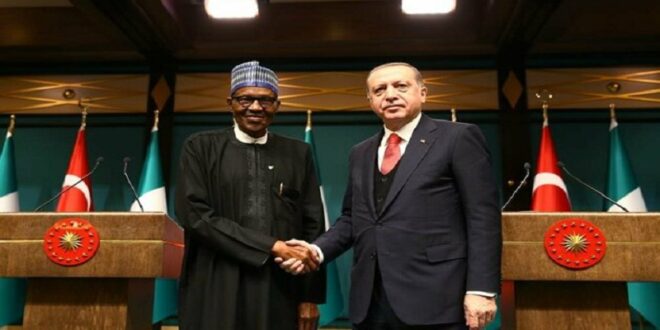 Turkey’s President said late Thursday that he expects Nigeria to show solidarity with the Palestinian people amid the latest attacks by Israel on Jerusalem and Gaza.

Recep Tayyip Erdogan and his Nigerian counterpart Muhammadu Buhari discussed the necessary international attitude towards Israel in response to the regime’s inhumane attacks on Palestine in a phone call, according to a statement by Turkey’s Communications Directorate.

Erdogan said: “Turkey is trying to get the international community to teach a lesson to Israel, which lacks law, justice, and a conscience.”

He underscored that he expects Nigeria to show solidarity with the Palestinians in this rightful cause.

Israel’s ongoing offensive on Gaza has left 119 dead, including 31children and 11 women, according to the Palestinian Health Ministry. Another 580 people have been injured.

Death toll in Israel airstrike to Gaza rises to 113

Also, seven Israelis have been killed in the recent violence.

Tensions have been running high in the Sheikh Jarrah neighborhood in occupied East Jerusalem over the past month as Israeli settlers have repeatedly clashed with residents following a court order for the eviction of Palestinian families in the area. The Israeli Supreme Court later delayed a hearing on the matter on an appeal.

Palestinians protesting in solidarity with residents of Sheikh Jarrah have also been targeted by Israeli forces and settler groups.

Israel occupied East Jerusalem during the 1967 Arab-Israeli war and annexed the entire city in 1980 in a move that has never been recognized by the international community.