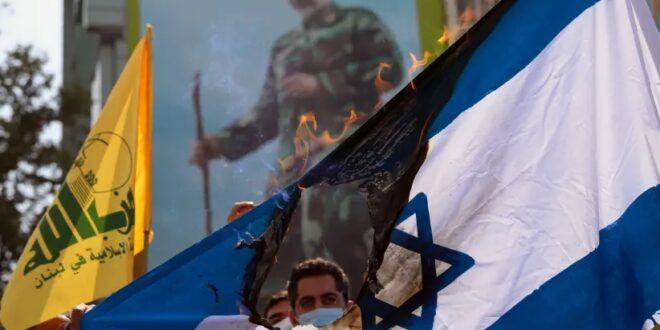 As the US, Russia, and other parties pursued efforts over the weekend to end the fighting between Israel and Hamas, Iran has praised Hamas and Palestinian Islamic Jihad in Gaza and vowed to continue its support for the Palestinian “resistance.”

Iran, which has long been supplying the terrorist groups with weapons and money, said that it “stands with the Palestinians and supports their steadfastness and bravery.”

The Iranian pledge was made by Brig.-Gen. Esmail Qaani, commander of the Revolutionary Guards Quds Force, during a phone call with Hamas leader Ismail Haniyeh.

“Qaani praised the Palestinian resistance, its advanced performance and its ability to protect and defend the Palestinian people,” according to a statement issued by Hamas. “He also expressed condemnation of the occupation’s practices against our people in [the east Jerusalem neighborhood of] Sheikh Jarrah and the Gaza Strip.”

Haniyeh, for his part, briefed the Iranian military commander on the Israeli “crimes in Jerusalem and the Gaza Strip, including the killing of women and children, and the destruction of [Hamas] government installations,” the statement read. It quoted Haniyeh as telling the Iranian military commander that, “The battle of Jerusalem is the battle and cause of all Muslims.”

Qaani was appointed as commander of Quds Force on January 3, 2020 after General Qasem Soleimani was assassinated by a targeted US drone strike near Baghdad International Airport.

According to the sources, the Iranians do not want the US administration or Egypt to take credit for ending the fighting. The sources also expressed fear that Iran was seeking to instigate unrest in the West Bank in order to undermine the Palestinian Authority.

On Friday, 10 Palestinians were killed during clashes with the IDF in various parts of the West Bank. The clashes erupted after Hamas and other Palestinian groups called for a “day of rage” in the West Bank in solidarity with the Gaza Strip.
A Palestinian Authority official said that there was growing concern in Ramallah that the Israel-Hamas conflict could lead to a “serious escalation,” and possibly a “new intifada,” in the West Bank.

On Saturday, PA President Mahmoud Abbas chaired an emergency meeting of the commanders of the Palestinian security forces and senior PA officials to discuss ways of preventing the violence from spreading to the West Bank, the official told The Jerusalem Post.

“We believe that Hamas, Iran and other parties are trying to ignite an intifada in the West Bank,” the official said. “Israel must stop its aggression against the Palestinians to avoid more bloodshed and violence, especially in the West Bank.”
Hamas leader Khaled Mashaal said on Friday that Egypt, Qatar, Turkey, the US and Russia were making efforts to reach a new ceasefire. He did not say whether the mediators had achieved any progress.

On Friday, unconfirmed reports in a number of Arab media outlets claimed that certain progress has been achieved to stop the hostilities between Israel and the Gaza-based Islamist groups.

Hamas is demanding that Israel “withdraw” from the Al-Aqsa Mosque compound, rescind the court decision to evict a number of Arab families from their homes in Sheikh Jarrah, release Palestinians detained during the recent violence, and halt its military strikes in the Gaza Strip in return for agreeing to a new ceasefire, Mashaal, who is based in Qatar, said in an interview with a Turkish TV station.

But statements issued by Hamas’s military wing on Saturday suggested that the group was not prepared at this stage for a ceasefire agreement with Israel.

“For six months continuously, we have prepared ourselves for shelling Tel Aviv,” said Abu Obeida, spokesperson for the group’s military wing, the Izaddin al-Qassam Brigades.

Abu Hamzah, a spokesman for Palestinian Islamic Jihad’s military wing, al-Quds Brigades, threatened that Israel will pay a “very heavy price” for its attacks in the Gaza Strip.

Mashaal and another senior Hamas official, Saleh Arouri, warned Israel against launching a ground offensive against the Gaza Strip.

Arouri, in an interview with Hamas’s al-Aqsa TV, said that a “ground battle” would be “disastrous” for Israel. “I know very well what I’m saying,” Arouri added.

He said that several parties have contacted Hamas regarding a ceasefire with Israel, but did not elaborate.