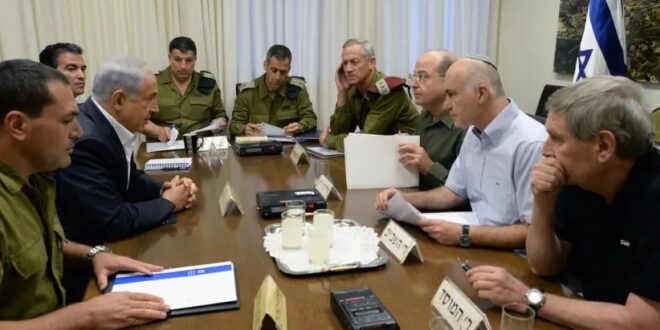 Former Shin Bet chief Yoram Cohen opposes returning to the same set of understandings that existed between Israel and Gaza prior to the current war.

Yoram Cohen, former chief of the Shin Bet (Israel Security Agency), told KAN radio on Wednesday that he opposes returning to the same set of understandings that existed between Israel and Gaza prior to the current war, and believes that Hamas must be isolated much more aggressively.

Assuming that a “quiet for quiet” ceasefire occurs on Thursday or sooner, he would allow only very strictly defined humanitarian assistance into Gaza, including food and medicine.

Though he would not interfere with fishing and other such aspects of economic life in the coastal enclave, he would block sending in building materials of any kind.

Though generally such materials are defined as humanitarian since many Gazans lost their homes, Cohen’s hope would be that this pressure would make Hamas’s rule unsustainable, without it agreeing to new compromises with Israel or the international community.

Cohen slammed the post-2014-Gaza-war process in which he said tens of thousands of international inspectors were supposed to ensure that anything that went into Gaza was not appropriated by Hamas, but the number was reduced to hundreds of inspectors to border crossing cameras and then to cameras that could not even properly oversee the issue.

Next, he said he does not believe that Prime Minister Benjamin Netanyahu was purposely trying to strengthen Hamas at the Palestinian Authority’s expense, but that some of the policies the government has in place had in fact had this effect.

The basis of the policy has been to prevent an economic implosion in Gaza following the PA cutting off its funding to the terrorist group due to ongoing strife between them.

Cohen was head of the Shin Bet during the 2014 Gaza war.

He had told The Jerusalem Post he supports a “Palestinian state minus,” including most of the West Bank and parts of east Jerusalem Arab neighborhoods, but with Israel maintaining the right of hot pursuit in Palestinian areas in the event of terrorist situations.

Cohen told the Post he opposed giving Hamas an artificial port off the Gaza coast, an idea that has been supported by some in the Israeli defense establishment.

On the other hand, if there is a final-status deal in the very distant future, he would “not view it as a disaster” if some of the all-Arab neighborhoods in east Jerusalem “which have no Jewish historical, religious or security value” would be part of a Palestinian autonomous area. He cited Jebel Mukaber, Sur Bahir, Sheikh Said, a-Ram, the Shuafat refugee camp and Isawiya as examples. Cohen is against ceding the Mount of Olives or dividing the Old City.

In the past, Cohen has called Hamas unreasonable, saying that in exchange for a long-term truce, it demands immediate sea ports and airports as well as full access to Israel, completely unrealistic demands as long as the group is armed and committed to Israel’s destruction.

He has explained that any dialogue through third parties shows Hamas is unwilling to be more humane about releasing Israeli captives and captured Israeli bodies, or about what it can realistically expect in the absence of real peace.

Cohen has previously said that if Hamas ever “created a better atmosphere,” Israel could consider allowing “shuttles of Gazans straight to Jordan… through Israel,” without having to go through the West Bank.

When in charge of the Shin Bet, Cohen sent a letter to Netanyahu on March 21, 2013, warning that Hamas was restoring tunnels attacked from the air.

This means that even eight years ago, Cohen was a hawk about stopping Hamas from restoring its military capabilities.