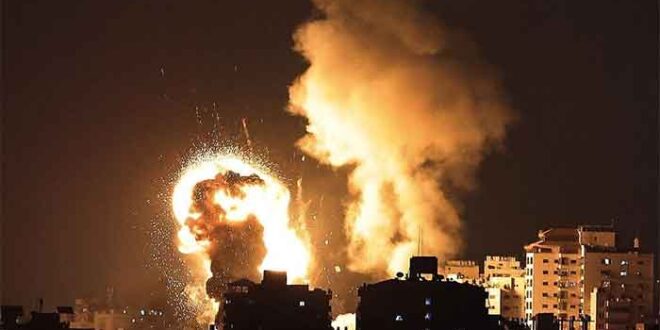 The sad saga continues: occupation and oppression of Palestinians

Here we go again with yet another deadly and devastating Israeli military attack on Gaza that has captured the world’s attention. However, this current crisis is notably different in scope from the numerous previous major Israeli war crimes against Gaza. This time there was already ongoing Palestinian resistance to Israeli provocations and violence in occupied East Jerusalem including the egregious Israeli attack in the Al-Aqsa Mosque, the third holiest site in all of Islam. There was also more Palestinian resistance to the Israeli provocations and violence in other parts of the occupied West Bank and in Israel itself with its apartheid regime. Thus this time, when Hamas fired rockets into Israel, it was responding to attacks on Palestinians and demonstrating the unity of the Palestinian cause of resisting Israeli occupation and oppression.

In addition, people worldwide now recognize that the Israeli conquest and theft of Palestinian lands is just another brutal and illegal colonial racist venture. The ongoing Israeli treatment of Palestinians is similar to the barbaric treatment of indigenous and minorities by other colonial powers. There is now much more connection between Palestinians and other oppressed people around the world, including in the US.

The US and Western European nations wring their hands and plead for an end to the violence while the US simultaneously prevents any sanctions against Israel. Of course, these nations lamely insist that Israel, an occupying military power attacking an occupied people, has a ‘right to defend itself’. Wait, what did they say?! Don’t they mean to say that the Palestinians, those without an army and living under apartheid and those living under a brutal military occupation, have a right to defend themselves?

Rather than go into the details of this current crisis, in the following I am going to look at a larger picture. I don’t mean to downplay the horrific suffering, loss of life and devastation of this ongoing crisis that impacts Palestinians to a far greater extent than Israelis. However, it’s important to understand that this shameful situation was predicted and could have been prevented.

At the end of WWI, the US established the King-Crane Commission to examine the question of Palestine. The Commission, initially predisposed in favor of Zionism, changed its mind when it learned that the Zionists looked forward to a practically complete dispossession of the non-Jewish inhabitants. The British officers consulted by the Commission did not think that this program could be carried out except by force of arms.

In a 1929 letter to Chaim Weizmann, the future first Israeli president, Rabbi Judah L. Magnes, first president of the Hebrew University in Jerusalem, wrote: “A Jewish Home in Palestine built up on bayonets and oppression [is] not worth having, even though it succeed, whereas the very attempt to build it up peacefully, cooperatively, with understanding, education, and good will, [is] worth a great deal even though the attempt should fail.”

In a September 13, 1929, letter to the American Jewish leader Felix Warburg, Magnes wrote, “I have, I regret to say, no confidence whatever that Dr. Weizmann and his associates understand the situation today any better than they have before. They may pass resolutions and agree to White Papers and lots of other things out of political necessity, but not out of inner conviction. Unless the whole aim of Zionism is changed, there will never be peace.”

In 1938 Mahatma Gandhi was asked about the Palestine Conflict. He responded: “It is wrong and inhuman to impose the Jews on the Arabs. What is going on in Palestine today cannot be justified by any moral code of conduct. … They can settle in Palestine only by the goodwill of the Arabs. They should seek to convert the Arab heart.”

Albert Einstein said: “I should much rather see reasonable agreement with the Arabs on the basis of living together in peace than the creation of a Jewish State. Apart from practical considerations, my awareness of the essential nature of Judaism resists the idea of a Jewish State … I am afraid of the inner damage Judaism will sustain…”

In 1942 the American Council for Judaism was formed. As a solution for the conflict between Jews and Arabs, the ACJ recommended a democratic state in Palestine wherein Arabs and Jews would share in the government and have equal rights and responsibilities. It rejected the creation of an exclusively Jewish state as undemocratic and as a retreat from the universal vision of Judaism.

In 1947, Loy Henderson, director of the US State Department’s Office of Near Eastern and African Affairs, warned Secretary of State George C. Marshall of the dangers of UN partition plan for Palestine. Here is an excerpt.

“The UNSCOP [U.N. Special Committee on Palestine] Majority Plan is not only unworkable; if adopted, it would guarantee that the Palestine problem would be permanent and still more complicated in the future.

“The proposals contained in the UNSCOP plan are not only not based on any principles of an international character, the maintenance of which would be in the interests of the United States, but they are in definite contravention to various principles laid down in the [U.N.] Charter as well as to principles on which American concepts of Government are based.

“These proposals, for instance, ignore such principles as self-determination and majority rule. They recognize the principle of a theocratic racial state and even go so far in several instances as to discriminate on grounds of religion and race against persons outside of Palestine.”

Clearly, the potential for future tension and conflict was well recognized.

Shortly before his death in 1970, Bertrand Russell, one of the leading philosophers of Western thought during the 20 th century, summarized the issue very well, saying: “The tragedy of the people of Palestine is that their country was ‘given’ by a foreign power to another people for the creation of a new state. The result was that many hundreds of thousands of innocent people were made permanently homeless. With every new conflict their numbers increased. How much longer is the world willing to endure this spectacle of wanton cruelty?”

If it is not too late, given that Israel has killed a two-state solution, could the 1942 ACJ recommendation work? If we continue on the current path, the future looks increasingly bleak.

Post Views: 162
Previous “Roof Knocking” in Gaza and the Myth of the Benevolent Drone
Next How Hamas built an underground terror network in the heart of Gaza