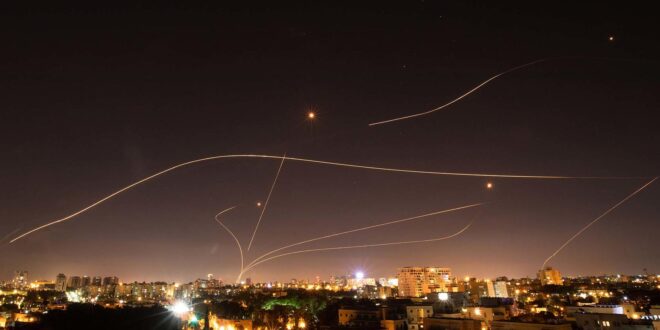 As violence rages on, the Biden administration should reexamine and reprioritize its approach to the conflict.

In a call with Israeli Prime Minister Benjamin Netanyahu yesterday, President Biden said he was supportive of a cease-fire amid the continued violence in Israel and the Palestinian territories. As ongoing Hamas rocket barrages and Israeli airstrikes add to the rising death toll, there are immediate, short-term measures needed to stave off more violence. But, a cessation of the current hostilities will not address the long-term issues that have prevented a resolution to the decades-long conflict. How can Washington break through the long-standing status quo that has stymied efforts to forge a peaceful settlement?

The recent crisis offers several reminders about why the status quo cannot be maintained. This spate of violence shows that any attempt to separate Gaza, the West Bank and Jerusalem is an illusion. Jerusalem is the central flashpoint where violence and discord can fester and explode, so taking it “off the table” is impossible. Continuing and intensifying violence against Palestinians and ongoing marginalization of Arab citizens of Israel will exacerbate the situation. Israel, as strong as it is, remains vulnerable. And while the Middle East is preoccupied with other priorities, this conflict remains at the core of achieving stability in the region.

The Biden administration is staffed with numerous veteran Middle East experts who understand that the Israeli-Palestinian conflict refuses to be sidelined, and typically forces itself to the top of the U.S. and international agenda through violence. Leveraging this expertise, the administration needs to reexamine and reprioritize its approach toward the conflict.

Ten steps should be undertaken by the administration to put the Israeli-Palestinian conflict on a more constructive path.

Secretary of State Antony Blinken took the first step, affirming that while a final resolution is not a near-term prospect, the two-state solution is “the only way to ensure Israel’s future as a Jewish and democratic state, and the only way to give the Palestinians a state to which they’re entitled.” Further defining the contours of this end-goal is vital, if the concept of two-states is to remain viable.

This includes its related expectations of the Israelis and Palestinians and the consequences for noncompliance. The administration has already stated that it is “critical for Israel and the Palestinian Authority to refrain from unilateral steps that exacerbate tensions and undercut efforts to advance a negotiated two-state solution.” They must now specify those steps and the attendant ramifications for taking them.

A 1978 State Department legal opinion deemed Israeli settlements inconsistent with international law. Thereafter, the United States avoided calling them illegal but continued referring to them as an “obstacle to peace.” The Trump administration reversed course altogether, stating that settlements are not “per se, inconsistent with international law.” The Biden administration has returned to a position that considers settlements as undermining the two-state solution. With an emboldened settler expansionist camp in Israel among those fanning the flames of violence in Jerusalem in the lead up to the current conflagration, more clarity going forward is crucial. It will also be important to ensure the administration remains consistent. Before the U.N. Security Council meeting earlier this month, Blinken said that “all members should meet their commitments — particularly the legally binding ones. That includes the U.N. Charter, treaties and conventions, U.N. Security Council resolutions, international humanitarian law, and the rules and standards agreed to under the auspices of … numerous international standard-setting organizations.”

This means that Jordan’s custodianship of Islamic and Christian religious sites in Jerusalem is respected, in accordance with a longstanding arrangement and the 1994 Jordan-Israel peace treaty. Jerusalem is the heart of the Israeli-Palestinian conflict and has been the trigger of numerous rounds of violence, including this one. There has been a systematic strategy by some in Israel to rescind this arrangement that at its core stipulates that Muslims can pray, and non-Muslims only visit, the Holy Esplanade that houses Al-Aqsa mosque. Historically, the edict on Jewish prayer issued by the chief rabbinate assisted in upholding this prohibition on Jewish prayer at the site. However, this is no longer respected. Large groups of far-right Israelis now frequently perform prayers there under the protection of Israeli police while Palestinians from the West Bank are regularly prevented from praying at Al-Aqsa mosque.

The administration was off to a strong start when it adopted a clear position in this regard and expressed deep concern regarding the potential eviction of Palestinian families in the Sheikh Jarrah and Silwan neighborhoods of East Jerusalem. It must remain focused on this issue.

Many Palestinians and observers of Palestinian politics were not surprised when Palestinian Authority (PA) President Mahmoud Abbas postponed the first legislative elections to be held in the Palestinian Territories in 16 years. Abbas and the Palestinian factions had stated at the outset that East Jerusalemite participation was a necessary requirement, particularly in light of the policy of the Trump administration toward Jerusalem. However, there was also widespread belief that the Palestinian leadership would fall back, with relief, on Israel’s anticipated refusal to allow elections in East Jerusalem, using it as a pretext to postpone and avoid potential defeat. While each of the parties therefore acted as anticipated, the U.N., the EU and several European countries expressed disappointment at Abbas’s decision and called upon the PA to immediately set a new date for elections across the Palestinian territories, including in East Jerusalem, on the basis of past agreements. The EU also reiterated its call on Israel to facilitate holding these elections. The United States, to date, has taken a noncommittal position, never moving beyond a statement that these elections are a matter for the Palestinians and their leadership to determine.

For the Palestinian people, elections are a necessary step toward reviving Palestinian democratic institutions — a key pillar of Palestinian state-building toward the Biden administration’s stated end goal of a two-state solution. They also are a first step toward Palestinians having governance that is accountable to their needs, and toward eventual reconciliation, enabling a Palestinian strengthened leadership better equipped to pursue conflict-related diplomacy. Certainly, supporting elections poses a risk for U.S. interests in the event that Hamas emerges successful and emboldened as they did in 2006. However, Washington often engages with governments that include parties they consider anathema, while still upholding U.S. values and interests.

In line with a campaign promise, the administration has announced its intention to do so, even if it has been undertaken in a slow and timid manner. Putting this on a fast track will send a strong message to the Palestinian people and the region that the United States is back as a good-faith third party, committed to supporting Palestinian efforts to achieve the dignity, prosperity and eventual statehood it has articulated as a goal. The U.S. assistance can also be used to support both the top-down and the bottom-up process of negotiations and peace building.

Diplomatic contacts have been started back up. However, institutionalizing these relations through robust efforts to reopen the U.S. consulate in Jerusalem and restore PLO representation in Washington is also important to send a signal that the United States attaches importance to these relations and will play a significant role in addressing the conflict.

This can be done with initiatives ensuring that these agreements contribute in a constructive manner to advancing efforts toward Israeli-Palestinian peace. While it is recognized that these agreements are not a substitute for Israeli-Palestinian peace, the administration has expressed hope that normalization can build bridges and contribute to a negotiated peace between Israelis and Palestinians. These initiatives could include some form of synchronized Arab steps toward Israel in return for Israeli concessions toward the Palestinians.

This is perhaps the most important and demanding task for the administration. Without hope and clarity on the way forward to reach the final destination, violence will not subside. This approach is embedded in many prior U.S. and international initiatives including the George W. Bush-era road map, the Clinton parameters, the Kerry principles and the Arab Peace Initiative.

None of this will be easy — nothing in the Middle East ever is — and Biden has been personally involved for years. However, the United States needs to reconsider its prioritization of the Israeli-Palestinian conflict. It can play the role of chef d’orchestre and it will be supported by the Middle East Quartet, the Arab Quartet, the U.N., the EU, the Munich Group, the Ad Hoc Liaison Committee to Support the Palestinian Economy and others who would be keen to work for peace under U.S. guidance. These partners can assist the United States in ensuring that the PA undertakes the necessary reforms and is accountable to the needs and interests of the Palestinian people, deals with spoiler behavior by Hamas or others and contributes to the demanding requirements to achieve peace.

Blinken recently emphasized to Israeli Foreign Minister Gabi Ashkenazi that the administration believes that “Israelis and Palestinians should enjoy equal measures of freedom, security, prosperity, and democracy.” This constitutes another praiseworthy sentiment that needs to be translated on the ground today more than ever before. History will be a harsh judge of those who are not doing their utmost in these devastating times.

Post Views: 107
Previous What Brought Saudi Arabia and Iran to the Negotiating Table
Next How Missing Data Can Make the Global Fragility Strategy Work