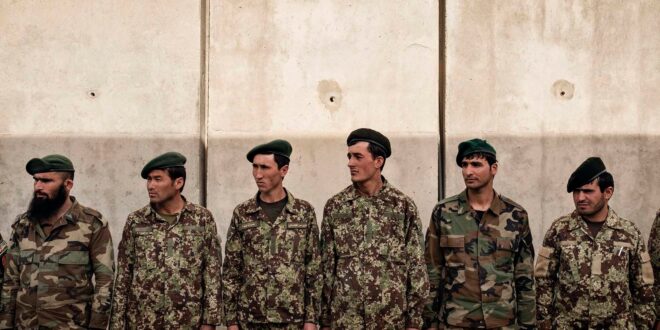 How Missing Data Can Make the Global Fragility Strategy Work

The United States should use a capacity-based approach to select priority countries for security sector reform.

As glaring inequalities in the global recovery from COVID-19 become clearer, the U.N. has warned of growing risks of political tensions and conflict in many countries. This poses a daunting challenge to U.S. foreign policy and presents a test for the new Global Fragility Strategy (GFS), which aims to reduce state fragility and break cycles of violence in critical regions. What the GFS lacks, however, is a clear “theory of success” that explains why and how proposed actions will lead to desired outcomes in fragile states. A new capacity-based approach is needed to identify fragile states with high potential for effective engagement, particularly security sector reform (SSR).

This capacity-based approach to SSR can also help the United States prioritize five countries and/or regions over a 10-year period, as stipulated by the 2019 Global Fragility Act. The GFS highlights that a chief criterion for selecting priority countries should be the prospects for reforms in the state’s security and justice sectors. These sectors are widely recognized as key for long-term stability but in many countries, U.S.-supported reforms have produced disappointing results. The approach proposed here would enable the United States to make more informed decisions about which countries it should prioritize; use resources more efficiently; and, where basic capacity is lacking, focus on creating stronger foundations for successful reforms.
Measuring Statistical Capacity

While fragile states suffer from multiple, intertwined challenges, the absence of fundamental demographic and economic information leaves governments partially blind to the conditions in their countries, undermining their ability to oversee reforms in the security sector. There is a growing international consensus about the importance of informational state capacity for development outcomes and its usefulness as a proxy for overall state capacity, resulting in calls to devise pragmatic measures that take statistical capacity into account. The U.N.’s Sustainable Development Goals for 2030, for instance, urge the international community to “develop measurements of progress on sustainable development that complement gross domestic product, and support statistical capacity-building in developing countries.”

A simple, transparent and universally applicable measure of statistical state capacity could help inform the selection of priority countries for SSR. While existing rankings of state fragility suffer from incomplete or poor-quality data, this new measure is based on the insight that the best indicators of state fragility might be those that are missing. To assess and compare state fragility across the developing world, it leverages the latest World Bank data on the statistical capacity of low- and middle-income countries (excluding states with less than 250,000 inhabitants).

Specifically, the measure assesses whether countries lack one or more of three crucial types of records: 1) a vital (birth and death) registry; 2) a population census; and 3) an agricultural census (land use, production, etc.). This information can be used to classify fragile countries as follows: states lacking up-to-date records in all three categories have very low statistical capacity; those missing two out of three types of records possess low capacity. By contrast, states lacking only one or none of these records have consolidated (two types of records) or high (complete records) statistical capacity and are not considered fragile.

From 2005 to 2019, statistical records generally increased. But the global pandemic disrupted the collection of crucial statistical data across the world; in particular many agricultural censuses were postponed. According to the measure used here, the number of states with very low state capacity grew from 12 to 14. While this increase may be temporary, it illustrates the enormous challenges for maintaining global stability in the coming years.
Statistical Capacity and the Success of SSR

Informational state capacity is important for effective security sector governance and reform efforts. First, vital registries can enhance law enforcement’s ability to identify and track criminals. They are also essential for creating more accurate security force personnel registries, which contain basic information about personnel and allow for more efficient planning and oversight. Having an accurate personnel registry, ideally coupled with biometric data of security forces, would make it significantly easier to detect and prevent embezzlement. Specifically, it could reduce the problem of ghost soldiers⁠ — those on payrolls that do not actually serve in the armed forces. For example, in 2014, the Iraqi army reportedly had 50,000 ghost troops on its payroll; some were killed or had otherwise deceased, and corrupt officials continued to siphon off their salaries. In Afghanistan, a 2016 investigation found that 40 percent of the Afghan troops supposedly fighting in Helmand Province either did not exist or were dead. Both Afghanistan and Iraq lack complete vital registries. Thus, for gauging the likely success of security and justice sector reforms, the existence of vital registries is a good starting point.

Second, an up-to-date population census is of similar importance for SSR. Regardless of what one determines to be a viable population-to-police ratio in a fragile state, any assessment should be informed by an accurate population count, specifically the population’s territorial distribution. Urbanization in the developing world has been accelerating for some time, and it will change the needs of cities over the coming decade, including in the area of policing. Without fully understanding demographic shifts, it is challenging to allocate resources based on needs. Thus, a census is likely to improve the effectiveness of SSR.

Third, an agricultural census is useful for the effective reintegration of former combatants into civilian life through meaningful work — programs that can significantly reduce the risk of ex-combatants taking up arms again. Agricultural censuses are critical for understanding farming activity and capacity within countries, particularly in developing nations where agriculture can account for over 25 percent of GDP. Censuses enable nations to take stock of their agricultural sectors, including land use and labor, which are crucial for a country’s food production. A significant number of participants in disarmament, demobilization and reintegration (DDR) programs choose jobs in agriculture as their desired path toward employment. International donor programs are often geared toward training and capital inputs to assist ex-combatants in such activities. Thus, it makes sense that an agricultural census, which enables states to assess the use of land and the need for labor, is useful for designing successful DDR programs. In addition, by documenting land use and ownership, agricultural censuses can help to resolve land disputes, which frequently lead to violence.
Selecting Partners with Potential

The GFS provides an opportunity to rethink the U.S. approach to SSR in fragile states. Given the importance the strategy places on security and justice sector reform, the capacity-based approach outlined here could guide the United States in selecting countries where SSR programs have the potential to make a significant, positive impact on regional peace and stability.

Post Views: 117
Previous 10 Steps Washington Can Take After the De-escalation of the War on Gaza
Next Despite the Sham, Syria’s Election is Still Significant