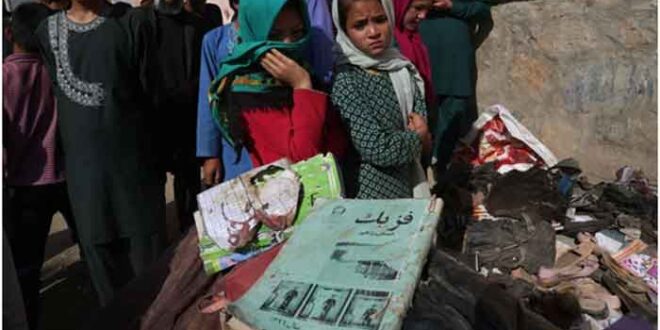 US withdrawal from Afghanistan must be implemented in an orderly and responsible manner…If Central Asia is not alert, US pull out, “could leave chaotic situations and the region could become a breeding ground for “Three Evils” — terrorism, separatism and religious extremism.

Ten months after the first meeting of the foreign ministers of China and the five Central Asian states, Beijing has followed through with a second session on May 11 at a gathering in Xi’an, China, hosted by Foreign Minister Wang Yi.

The venue is symbolic. The ancient city of Xi’an used to be the ‘terminus a quo’ of the Silk Road. And, perhaps, the timing too, as this is also the 25th anniversary of the ‘Shanghai Five’ process, where China, quietly but steadily, began building up its economic, military, and diplomatic relations with Central Asia and presented itself as viable partner.

The Xi’an meeting is a watershed event as it creates ‘institutional guarantee’ for the nascent ‘C+C5’ framework. The participants agreed on a memorandum of understanding to establish a regional cooperation mechanism, promote the high-quality construction of the Belt and Road and establish three research centres to carry out cooperation.

‘A journey of a thousand Chinese miles (li) starts beneath one’s feet,’ the ancient Chinese proverb says. Even as the Shanghai Five process blossomed into the Shanghai Cooperation Organization, C+C5 too appears to be destined to scale heights.

The Shanghai Five consisted of China, Kazakhstan, Kyrgyzstan, Russia and Tajikistan, also had a modest beginning in 1996 as it emerged from a series of border demarcation and demilitarisation talks which the four former Soviet republics held with China. The institutionalisation of the C+C5 also marks a turning point in regional security — as the US troop withdrawal from Afghanistan gets under way amidst speculation that Pentagon is looking for basing facilities in Central Asian countries.

Interestingly, the shadows of the great game have appeared too. The Xi’an meeting comes within eighteen days of a similar meeting in ‘C5+1’ format with the participation of the US Secretary of State Antony Blinken (in virtual mode of course.) Inner Asia is famous for shamanic spirits and Buddhist gods. It is unclear whether Blinken stole a march or vice versa.

An editorial in China Daily, the government newspaper, on May 13 Thursday flagged the high importance attached by Beijing to the C+C5 diplomatic initiative. It noted that the C+C5 mechanism “outlines an action plan that provides a stronger institutional guarantee for their cooperation.”

The editorial continued, “Transforming their shared will to pursue common development into concrete projects and actions, they have agreed to establish a C+C5 regional cooperation mechanism, promote the high-quality construction of the Belt and Road and establish three research centers to carry out cooperation in modern agriculture, archaeological and cultural heritage and traditional medicine.”

More importantly, the editorial said that the C+C5 meeting strengthened the “strategic mutual trust, and agreed to make concerted efforts to build a China and Central Asia community with a shared future… (and) work together to promote regional security and stability and safeguard international justice.”

It highlighted a joint statement issued after the discussions as regards “their joint efforts to promote peaceful reconciliation in Afghanistan, demonstrating that the six countries will play a bigger role as a whole… That they have agreed to establish a regular meeting mechanism of the C+C5 foreign ministers indicates they are well aware of the importance of regional unity and coordination.”

Beijing’s motivations appear to be two-fold: send “a clear signal that they (C+C5) stand together in opposing interference in their internal affairs, and any actions threatening their core development interests”; and, emphatically state “their common contention that Central Asia is neither a stage for any power to engineer a colour revolution nor a place where any power can attempt to sow seeds of discord”.

Foreign Minister Wang stressed that it is necessary for neighbouring countries of Afghanistan, including Uzbekistan and Tajikistan, “to coordinate their positions in a timely manner, speak with one voice, and fully support the Afghan domestic peace process to overcome difficulties and move forward.”

Equally, a commentary in the Global Times has elaborated on Beijing’s concerns that the US pull out “could leave chaotic situations and the region could become a breeding ground for “Three Evils” — terrorism, separatism and religious extremism.

The commentary cited expert opinion that aside Russia and China, the Central Asian countries will also be “reluctant to host US military deployment on their soil”, since increased US political and intelligence activities and involvement with local opposition parties, NGOs and media groups would only lead to colour revolution. “In general, US troops are not very welcome in the region.”

Besides, the Chinese experts are also worried that the hasty US pullout may stall the Afghan peace process and engender civil war conditions, while the US allowed the region to become a ‘breeding ground’ for the ‘Three Evils’ and poppy cultivation — “and now Washington wants to leave this mess to the regional countries.”

At the Xi’an meeting, Wang elaborated China’s position on the Afghan peace process as such. The 3 key elements are: the need for inclusive political arrangements to make sure all ethnic groups and parties could participate; drafting of a constitution that conforms to unique Afghan national conditions and development needs, instead of imitating western-style democracy; and, “moderate Muslim policy” as state ideology.

Beijing claims that its approach and Russia’s are complementary — “Russia caring more about security, and China has the economic capability.” Now, wouldn’t SCO have served the purpose? One reason could be that the SCO is no longer the same after the induction of India and Pakistan as members.

Conceivably, Russia, which is already focused on the upcoming summit with POTUS, remains chary of touching American raw nerves. That probably puts the onus on Beijing to do the heavy lifting. An exclusive ope-ed in the CCP organ People’s Daily today is titled U.S. can’t just get away from it all in Afghan issues. It concludes,

“At present, the US is the biggest exterior factor of the Afghan issues. The White House shall not duck its responsibilities and get away from it all. Its withdrawal must be implemented in an orderly and responsible manner, and aim at preventing further escalation of violence in the country and preventing terrorist forces from ramping up and creating trouble. It shall create a favourable exterior environment for the Intra-Afghan Negotiations, not the other way around.”

Indeed, Moscow would consider it injudicious to be so outspoken at this juncture, knowing how ultra-sensitive Biden would be. In fact, the US troops vacated the massive Kandahar airbase under cover of darkness in the night of May 11-12 without even informing Afghan officials.