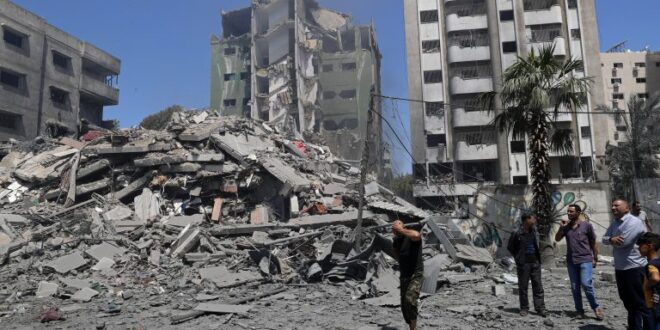 Iranian support has contributed significantly to the increased effectiveness of Hamas attacks on Israel in the latest round of fighting.

Conflict with Israel serves Iran’s interests by enhancing Hamas’ role in the Palestinian movement and Iran’s leverage in a shadow war with Israel.

Iran’s alliance with Hamas and other armed groups might improve Iran’s ability to extract U.S. concessions in nuclear negotiations with the Biden administration.

The Iran-Hamas relationship demonstrates that Iran is able to ally with and attract support from Sunni groups, as well as Shia Muslim factions.

The latest conflict between Israel and Palestinians in the Gaza Strip has again raised questions about Iran’s role in stoking regional conflict. There is widespread acceptance that Iran provides arms and financing to militants – particularly Hamas, which exercises de-facto control of the territory, as well as Palestinian Islamic Jihad (PIJ), a smaller and more radical group. The 2020 version of the State Department’s report on Iran says that Iran provides Palestinian armed groups a total of approximately $100 million per year. Yet, it is possible to overstate Iran’s role in the clashes; all evidence suggests that the fighting evolved from Israel’s eviction of some Palestinian families in parts of East Jerusalem, as well as violent confrontations with worshippers at the Al Aqsa Mosque during Ramadan, and not from instigation by the Islamic Republic.

As is Iran’s historic pattern, Iranian leaders are taking advantage of a conflict that they did not themselves start. The barrage of rockets and short-range missiles that Hamas and PIJ have been firing on Israeli cities have helped Iran’s protégé movements emerge as the key champions of the Palestinian national movement, eclipsing the role of West Bank-based Palestinian leaders, who have not yet delivered meaningful changes. As the patron of the Gaza groups and the supplier of the rocket technology in use, Iran is signaling that it can retaliate against Israel for its recent attacks on Iranian ships and its nuclear facility at Natanz. Iran has supplied Hamas and PIJ with the designs, components, and advice to amass an arsenal of up to 30,000 rockets of varying ranges, most of which can hit southern Israel but some of which can even reach northern Israel. Iran has shown that its technology, in the hands of proxies, can at least at times penetrate Israel’s sophisticated defenses, such as the Iron Dome, and cause Israeli casualties and disruption. These capabilities – which far exceed the scope of Hamas rocket attacks in the major Israel-Hamas conflict in 2014 – give Iran substantial leverage in its escalating shadow conflict with Israel, while also drastically escalating the human toll of the conflict.

The Iranian role in the Israel-Gaza fighting may instill urgency in the Biden administration’s efforts to negotiate a mutual Iranian and U.S. return to full compliance with the 2015 Iran nuclear agreement. A collapse of the talks – when coupled with the Israel-Gaza conflict, Iranian naval challenges to U.S. warships in the Persian Gulf, and periodic rocket attacks on U.S.-manned facilities in Iraq by Iran-backed militias – could prompt a sense of crisis in the Biden administration’s efforts to respond to turmoil in the Middle East. While some in Congress and other experts are pressing the administration to break off nuclear talks with Iran in light of Iran’s support for Hamas, the fighting appears to have reinforced the administration’s intent to reach a deal with Iran in the Vienna nuclear talks. Secretary of State Antony Blinken stated on May 13, “An Iran with a nuclear weapon or with the capacity to have one in very short order is an Iran that’s likely to act with even greater impunity when it comes to [support for armed factions in the region].” The Biden administration might offer Iran more sanctions relief than it had previously contemplated in order to reach an early agreement in Vienna.

More broadly, Iran’s backing of the noted Palestinian groups, who are Sunni Muslims, helps transcend the perception that Iran only allies with Shia sectarian factions. Iran’s reputation as a reliable champion of all “resistance movements” in the region, regardless of sect, was in fact damaged in 2012 when Iran and Hamas broke relations for several years over differences on Syria. Iran has supported the Shia-based Assad regime, whereas Hamas has supported Assad’s mostly Sunni opposition. An expanded appeal to Sunni Muslims furthers Iran’s regional strategy of cultivating allies and proxies throughout the region to pressure the United States, Israel, Saudi Arabia, and other adversaries. Iranian leaders have been quick to recognize and capitalize on the strategic value to Iran of the violence now gripping Israel and Gaza. Yet, Palestinian and Israeli civilians bear the brunt of the heightened means of the conflict.