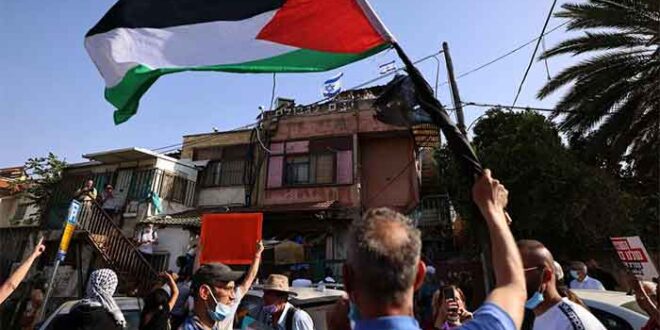 The current situation of Israeli house demolitions in Sheikh Jarrah is highlighting the ongoing ethnic cleansing of Palestinians from their indigenous lands in order to protect the demographic dominance of the Israeli Jewish population. The system well under way and being strengthened each year is that of apartheid.

In pre World War I Europe, the various empires were contesting most indigenous lands around the world. The Middle East had newly discovered resources of oil and the militaries of the world were changing from coal fired to oil powered ships of war. In the eyes of the British empire, as well as the burgeoning interests of the U.S. in Saudi oil, a Jewish state made sense, an outpost to keep the Arabs under control as well as to protect the transportation of oil by pipelines to the Mediterranean coast.

A long history of demographic fears is apparent in most of the contributors to the establishment and maintenance of the Israeli state. Theodor Herzl, Ze’ev Jabotinsky, and Chaim Weizman all understood that the indigneous Palestinian population would be hostile to their development of a Jewish state in the region. Arguments made to the British government of the period varied, but arguably the ones carrying the most weight were the imperial desires of the British to control the Middle East for its oil resources, oil transportation routes, and its general transportation routes through to Persia and India.

The Balfour letter of 1917 promoted the idea of a Jewish state in Palestine, a promissory note, indicating “nothing shall be done which may prejudice the civil and religious rights of existing non-Jewish communities in Palestine.” As is common with empires various other intrigues carried on simultaneously, the two most notable being the Sykes-Picot agreement to divide the Ottoman empire into areas of French and British control, as well as the MacMahon-Hussein correspondence recognizing a post war Arab state in former Ottoman lands.

The Balfour letter carried the day. The 1919 Treaty of Versailles went against Woodrow WIlson’s ideals of all nationals having a right to determine their own status and led to the establishment of the French and Palestinian mandates in the Middle East. From then on the British to varying degrees both allowed Jewish immigration to Mandatory Palestine and later fought against the same immigrants, the various Jewish militant groups being described as terrorists at the time. The British also significantly suppressed any Palestinian expressions of independence.

After World War II the recognition of the holocaust gave impetus and sympathy to the Jewish cause. The UN Partition Plan – a plan, not a law – tentatively divided the mandate into two separate states. Britain pulled up stakes and departed, followed by the nakba of 1948 creating the new Israeli state. At the time as many as 500 Palestinian villages were destroyed and as many as 750 000 Palestinians were expelled from the new Israeli territories. Prior to this David Ben Gurion had set plans for expulsion understanding there would be Palestinian resistance.

A large part of the demographic fear had been reduced, but the continued presence of Palestinians remaining in their homeland has since then slowly created an apartheid state, and has since then created a slow moving set of rules and regulations assisting with the ongoing ethnic cleansing of the state and what might be considered by Israel a partial solution – apartheid.

Within the past year two significant pronouncements have been made firmly establishing the idea of Israel as an apartheid state. B’tselem, a Jewish human rights organization issued a statement with the summary,

“Israel is not a democracy that has a temporary occupation attached to it: it is one regime between the Jordan river and the Mediterranean Sea, and we must look at the full picture and see it for what it is: apartheid.”

Human Rights watch, an international organization headquartered in New York, issued a much larger report declaring that the Israeli government is committing crimes of apartheid.

Apartheid has been a significant part of Israeli plans to ethncially cleanse Palestine of its indigenous population. After the nakba, the more ‘modern’ form of this has been since the 1967 Israeli attack against neighbouring Arab countries and the “occupation” of lands previously controlled by Egypt and Jordan – the ever increasing establishment of settlements in occupied Palestine. The result has been the establishment in conjunction with this of many small non-contiguous bantustan like areas denying any possibility of a Palestinian state, all under the control of the Israeli military complex.

Sheikh Jarrah, in East Jerusalem, is the current hot spot for house demolitions and the slow creep of ethnic cleansing although similar destruction is served up on an ongoing basis over most remaining Palestinian towns. Gaza, already an open air prison on subsistence rations at best, is being attacked once again as the Israeli’s lash out at Palestinian resistance.

Apartheid in Israel has its most significant comparisons with the apartheid of South Africa. Many similarities are found between the two systems; there are some differences, but also some of those differences are only by degree.

In the 2012 production “Roadmap to Apartheid” (Journeyman Films, available on Vimeo by subscription) describes many of the similarities while recognizing the demographic aspect of the situation:

“The whole framework of Israeli law is designed to prevent the growth of the non-Jewish population and maintain Jewish numerical and political supremacy – and that’s the framework in which we can understand everything we see inside Israel as well as in the Westbank and Gaza.” [Ali Abunimah]

The structures of apartheid are highly comparable between the two systems: identity passports, passes, and special permits are required; military control of checkpoints where abuse, beatings, and humiliation are used to create fear; the contradictory descriptors of “present absentees” and “foreign natives”.

Ideological similarities can also be found. The idea of a god given land is common to both. The rhetoric of being the victim is used to deny criticism of their actions. In contradiction to that both argue for an “iron fist” used to suppress any resistance.

In a recent Independent Jewish Voices webinar (The fight over BDS: lessons from the South African anti-apartheid movement. April 26, 2020. Available on Youtube.) more similarities can be found. Reactionary campaigns, an international propaganda war is carried out: in South Africa it occurred with TV and magazines, later becoming covert with the establishment of their own false front organizations and assassination of opposition leaders. For Israel, the modern computer web allows for similar hasbara actions as well as using other covert actions.

The hasbara arguments are similar to both situations. The arguments included the notions of being singled out for attack, of using double standards. Opponents are accused of using inflammatory language and of being against society in general. For South Africa, the Soviet Union was the threat to be blocked; now it is Iran, and, well for sure under the auspices of the U.S. empire, Russia.

The South African BDS movement did not target foreign domestic support as much as Israel does. Israeli attempts to criminalize BDS and raise the spectre of anti-Semitism are additions to their current struggle against the small successes of the BDS movement. Along with the anti-Semitism charge, South Africa did not contain as large a religious component whereas in the U.S. the Christain evangelical movement is generally in full support of Israeli ideology replete with all its very real racism.

It could be argued it is just a rhetorical continuity, but there is a common thread between South Africa, Israel, and on into the five eyes of the U.S., Canada, Australia, New Zealand, and Great Britain. The thread should be obvious – British inspired imperial racism and its desire to conquer and control large regions of the world. The five eyes countries are themselves wonderful examples of the application of an apartheid racist system of governance.

Racism is obvious in the U.S. but the ethnic cleansing of the indigenous population and its apartheid results are compounded by the racism of slavery. Canada presents a much more clear comparison as a colonial-settler state using the elements of apartheid to – for the most part – successfully ethnically cleanse itself of its indigenous population.

Canada has many elements of an apartheid system based on its British heritage of racist supremacy. The current system, similar to that in the other five eyes countries, is the use of the polite term “reservations” to designate the small left over parcels ‘given’ to the indigenous people. It sounds so much better than bantustans or enclaves – or concentration camps. In order to remove the Indians from their land many tactics were used: military force, starvation, broken promises, disease (purposely contaminated).

Once removed, more tactics were developed to maintain the system: different levels of identification (status, non-status), removal of children, denial of language rights, banishing religious ceremonies, denial of voting, denial of access to the law, removal of tribal hereditary chiefs to be replaced by band councils, more easily controlled by the government. One of the larger elements is the Indian Act of 1876, now institutionalized in the Constitution, effectively limiting what any band can or cannot do without Federal authorization.

Beyond these ‘legal’ systems, many of them supposedly overcome in law although still highly institutionalized within government systems, is the ongoing use of military force. Most recently that has been seen with the struggle of the Wet’suwet’in people attempting to stop a pipeline from crossing their unceded territory (as much of British Columbia is). Protests of support broke out across much of Canada, but the government’s response was to use paramilitarized – and generally racist – police forces to harass and intimidate the protestors.

Canada remains an apartheid country, a well tended one. Arguably it presents a good example for Israel to follow. Currently the two countries have a strong security relationship. Officially Canada supports the two state solution for Israel and all parliamentary parties support this idea without recognizing its impossibility under the current situation. In the meantime the same old tired rhetoric is handed out about the right to defend oneself without recognizing that one side is a colonial settler system with a predominant military force and the support of powerful and wealthy overseas allies, while the other is mainly a bunch of terrorists.

Canadian media is fully complicit with these efforts to present Israel as a beleaguered victim of terrorism, the lone democracy in the Middle East. It is neither the victim nor a democracy – it is the perpetrator of human rights abuses, and within the constructs of a racist apartheid theological state cannot be considered democratic.